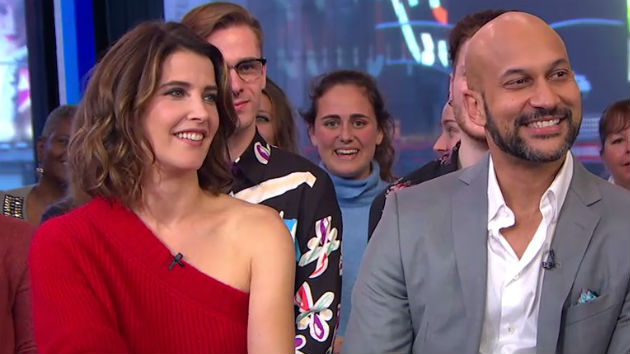 ABC(NEW YORK) — Keegan-Michael Key and Cobie Smulders are back as Netflix's Friends From College returns for a second season Friday.

As the title suggests, the show centers on a group of friends from Harvard who reconnect twenty years after they've graduated. In season one, Smulders and Key played a married couple, but we learn that Key's Ethan was having on an affair with one of their group.

For season two, which jumps ahead in time, the affair takes a back seat, as Smulders' Lisa moves on with "a new fella" just in time for the pals to attend the wedding of one of their friends, played by Fred Savage.

To get a feel for each other in season one, the cast tried to bond after hours, Key and Smulders told Good Morning America Wednesday.

"Fred Savage would not do anything with us and we thought he was joking," Key recalled. "We were like, 'We're all going out to dinner!' [And he'd say] 'You guys have a good time, I'm gonna watch Designated Survivor.'"

And the whole gang got together for Key's real-life wedding in June.

"It was really that surreal thing to have the Friends from College commingling with actual friends from college," he joked.

Some of the action this season was shot in Atlantic City, standing in for Las Vegas.

"You're shooting until about 4 or 5 a.m. and that didn't stop us," Smulders laughed. "…[W]e went back to the hotel, which is of course attached to a casino, and would gamble for a few hours."