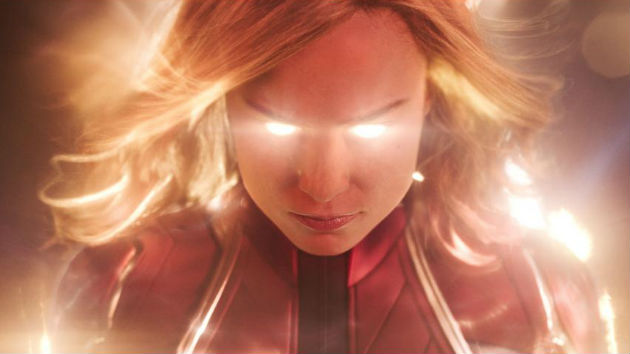 Marvel Studios(LOS ANGELES) — We got our second trailer just one month ago. Now Marvel's treated us to a surprise "special look" at Captain Marvel.

The mini-trailer gives us even more glimpses of the superhero star's powers and also plays up the relationship between Brie Larson's Carol Danvers/Captain Marvel and Nick Fury, played as always by Samuel L. Jackson, who's impressively age-regressed thanks to digital magic.

"Grunge is a good look for you" Fury comments in the '90s-set movie, when Danvers shows up in a black leather jacket and vintage Nine Inch Nails t-shirt. Not long after that, she impresses Fury by blowing up a jukebox with a "photon blast" from her fist, insisting she's not a bad guy because apparently bad guys can't do that.

There's also more footage of Jude Law's character, Walter Lawson/Mar-Vell, though whether he's ultimately a good guy or bad remains to be seen.