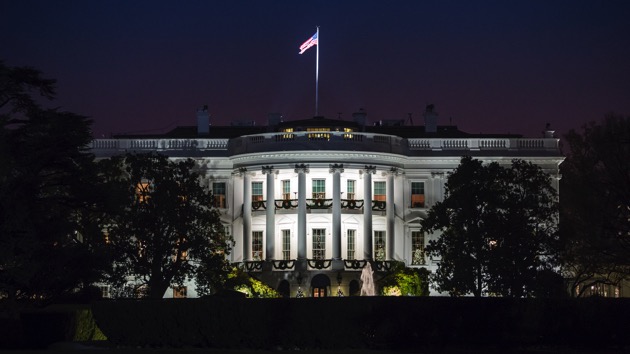 JTSorrell/iStock(WASHINGTON) — President Donald Trump is set to deliver a high-stakes prime-time address Tuesday night, making the case to the nation, as he tweeted Monday, that there is a “Humanitarian and National Security crisis on our Southern Border.”
The president's first Oval Office address, aimed at building public support for his signature campaign issue — his proposed border wall — comes on the 18th day of a partial government shutdown over his demand that Democrats agree to billions of dollars to pay for the wall. He'll be followed by a televised joint response from Democratic leaders, House Speaker Nancy Pelosi and Senate Minority Leader Chuck Schumer, who adamantly oppose paying for a wall and are demanding Trump agree to re-open the government.
Counselor to the President Kellyanne Conway cast the speech as an opportunity for the president to speak to the nation, stressing that it will be “in his voice, in his words.”
“The president is going to bring his case directly to the American people,” Conway said. “He needs to make sure that he can get his message directly to the American people.”
President Trump has said publicly in recent days that he is weighing the possibility of formally declaring a "national emergency" over border security — and said he believes he has the authority to do so — in an effort to circumvent Congress and use money allocated to the military — or from elsewhere in the government — to fund the wall. As of Tuesday morning, Vice President Mike Pence, in an interview on ABC's "Good Morning America," said the president had yet to make a decision, saying, “It’s something that he’s looking at.”
Hours before the president was set to make the address, a senior White House official said the president continued to make revisions to the speech and had not yet made a final decision on whether to declare a national emergency.
Conway told reporters earlier in the day that the idea remains under consideration and is under review by lawyers in the White House counsel's office.
Pence was scheduled to go to Capitol Hill Tuesday afternoon to rally congressional Republicans ahead of the president's speech. And Trump is expected to head to Capitol Hill on Wednesday to meet with Senate Republicans.
Later Wednesday, key Congressional leaders are expected to return to the White House to meet face-to-face with the president for the third time in the ongoing shutdown standoff. The leaders last sat down on Friday.
As part of the president's PR offensive, the White House says, he plans to go to the southern border on Thursday to visit with those on the "frontlines" as he continues to make the argument that a wall is essential to "national security," during which he's made numerous false claims and exaggerations.
"We have an absolute crisis, and of criminals and gang members coming through. It is national security. It's a national emergency," President Trump said on Sunday, as he spoke about his deliberations.
The White House put out a press release Tuesday afternoon citing the president's call for a "wall" and repeating his talking points that the "southern border is overwhelmed with illegal immigration, gang violence, crime, drugs, and human trafficking."
But in calling on Congress to "do more to address the border crisis" the White House used the term "physical barrier" — not wall — and Trump himself has said "steel slats" would be acceptable.
"We cannot keep our country safe without adequate funding for Border security, including a physical barrier and increased in funding for law enforcement," the release said.
Although the president said he believes he has the authority to declare a national emergency, such an action would almost certainly be challenged in the courts.
The president told reporters Sunday that his decision on whether to declare an emergency would hinge on the status of an ongoing political impasse with Democrats over the president’s demand that a border wall be funded as part of an agreement to reopen shuttered portions of the federal government.
“I may declare a national emergency dependent on what’s going to happen over the next few days,” Trump said Sunday. “We have a meeting with Vice President Pence and a group will be going to a certain location that you know where that and they’ll be having another meeting.”
As the president seeks to make a renewed case of urgency surrounding the situation at the southern border, he is drawing from similar rhetoric that he has used for years in discussing the topic. As far back as the 2016 presidential campaign, the president spoke about the situation at the border as a crisis and a national emergency.
“As we speak, we are in the middle of an unprecedented crisis on our middle of an unprecedented crisis on our middle of an unprecedented crisis on our southern border,” he said Oct. 30, 2016, speech in Albuquerque, New Mexico.
“They tell us the border crisis is the worst it's ever been. It's a national emergency,” Trump said on Oct. 31, 2016, in Grand Rapids, Michigan.
Despite Trump campaigning for a wall and increased border security in the run-up to the midterm elections, Democrats gained control of the House and polls have shown most Americans oppose the president's proposed wall.