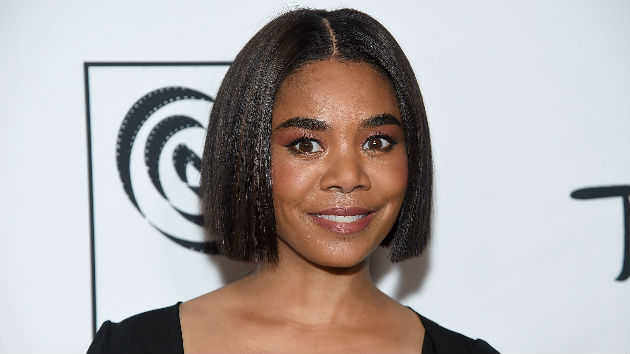 Photo by Jamie McCarthy/Getty Images(NEW YORK) — At the New York Film Critics Circle Awards on Monday night, Regina King and Regina Hall both took home big awards. Hall won the Best Actress honor for her role in Support the Girls, while King received the Best Supporting Actress for role in If Beale Street Could Talk.

While both talented actresses went home award winners last night, Hall joked that the biggest win for her lately has actually been receiving some of the free stuff meant for King — because people often get them mixed up.

“I hope she wins [more awards], because people get us confused and I get all the perks,” Hall said at Monday's event, according to People.

She continued, “So let’s hope she wins that Oscar ’cause God knows what I’ll get … I’ll get a car! So congratulations to her for being phenomenal.”

Hall's wish may come true. King has already received the Golden Globe for Best Supporting Actress in Beale Street, so an Oscar nod, or even a win, is possible.

Oscar nominations come out January 22. The 91st Academy Awards will air live on February 24 on ABC.

A tale of two counties: Texas communities illustrate deep divide in COVID-19 vaccination efforts
‘No Time To Die’ gets royal reception at Royal Albert Hall premiere
Tony nominee Katori Hall shares what she’ll do with her award if she wins on Sunday night
Oprah Winfrey and Gayle King give advice to Destiny’s Child and accept their glamping invitation
‘Tiger King 2’ and more: Netflix introduces itself as “The Home of True Crime”
Wendy Williams tests positive for COVID-19; ‘The Lion King’ celebrates its return to Broadway; and more