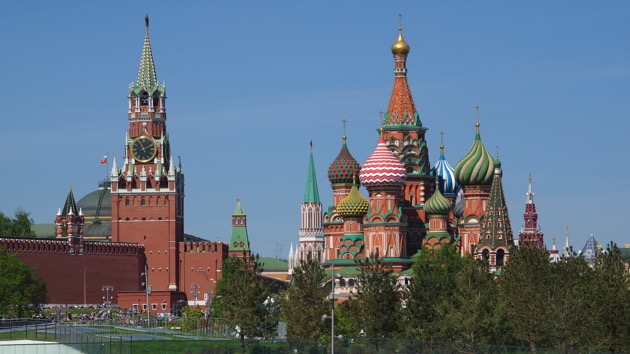 koromelena/iStock(NEW YORK) — The Russian lawyer that met with President Donald Trump’s son, son-in-law and campaign chairman in June, 2016 at Trump Tower has been charged by federal prosecutors in New York in a separate case that highlights the attorney’s apparent ties to the Kremlin.
Natalia V. Veselnitskaya, 43, is charged with obstruction of justice for allegedly submitting a “intentionally misleading declaration” that sought to exonerate her client, a wealthy Russian businessman, in a civil forfeiture case in Manhattan.
The document she allegedly submitted in court included the findings of a supposedly independent Russian government investigation – when in fact, according to prosecutors, Veselnitskaya “concealed from the Court that she, as a member of the defense team … had participated in drafting those supposed exculpatory investigative findings in secret cooperation with a senior Russian prosecutor.”
"Emails from an account used by Veselnitskaya reveal that she sent multiple drafts of the document to the personal email account of a Russian prosecutor in the Prosecutor General’s Office," the indictment states.
It was not immediately clear whether Veselnitskaya has retained a defense attorney. Federal prosecutors in New York said they were not aware of any defense attorney retained by Veselnitskaya, and ABC News requests for comment from her Russian office were not immediately returned.
The case is unrelated to the now-infamous 2016 meeting, in which Donald Trump Jr., his brother-in-law Jared Kushner and then-campaign chairman Paul Manafort. Trump Jr. initially suggested that the meeting was primarily about international adoption issues, when in fact subsequent emails revealed that the younger Trump met with the Russian attorney in the hopes of receiving information that he thought would be helpful to his father's presidential campaign.
In the meeting, Veselnitskaya sought to discuss U.S. sanctions against Russia, a policy staunchly opposed by Putin’s government, and the Kremlin’s response prohibiting Americans from adopting Russian children. Trump’s team of aides in the meeting appeared to be baffled by her focus on this, instead of the promised dirt on Clinton, according to testimony released by the Senate Judiciary Committee about the meeting.
Veselnitskaya is based in Moscow at the law firm Camerton Consulting. In the past four years, she has lobbied against the Magnitsky Act, passed by Congress in 2012 to impose sanctions on certain Russian officials accused of human rights abuses, and waged a public relations campaign against a key person who backed the law.
Yet in July, 2017, Kremlin officials said they don't know Veselnitskaya.
"No, we do not know who it is, and, of course, we cannot track the meetings of all Russian lawyers, both inside the country and abroad," Kremlin spokesman Dmitry Peskov told reporters at the time, when asked if her meeting at Trump Tower was coordinated with Russian authorities.
The Magnitsky Act was enacted in response to the death of a Russian lawyer and auditor, Sergei Magnitsky. It has become a major issue for the Russian government, which is critical of the law.
In 2007 and 2008, Magnitsky uncovered an alleged vast corruption scheme involving about $230 million, according to a federal indictment by the U.S. Southern District of New York in 2013. The alleged tax fraud scheme came at the expense of an investment firm, Hermitage Capital, owned by an American investor, Bill Browder, according to a U.S. indictment.
After Magnitsky discovered the alleged fraud, he was arrested and held for almost a year in pretrial detention in Moscow, where he eventually died at age 37, the U.S. indictment filed at the time alleges. A Russian government spokesperson said at the time that he died of heart failure, but a Russian human rights council found that his detention was unlawful and that he was beaten by guards with rubber batons on the last day of his life and then denied medical care, the indictment says.
Russian authorities took a different course and later accused him of having participated in the fraud scheme himself. Browder launched a campaign to have those allegedly involved in his death blacklisted by the U.S.
Veselnitskaya also represented a man accused of involvement in the alleged fraud scheme uncovered by Magnitsky.
In the obstruction of justice case, Veselnitskaya acted as the lawyer for Denis Katsyv, a key figure in the earlier U.S. indictment. The son of a former Moscow regional transport minister, he was sole owner of Prevezon Holdings, which was named in the U.S. indictment alleging that some proceeds from the tax fraud scheme were laundered through the purchase of New York City real estate. The case was settled in 2017 with Prevezon agreeing to pay $5.9 million in fines.
In 2016, Congress expanded the Magnitsky Act was expanded globally to cover any officials involved in human rights abuses.
Copyright © 2019, ABC Radio. All rights reserved.