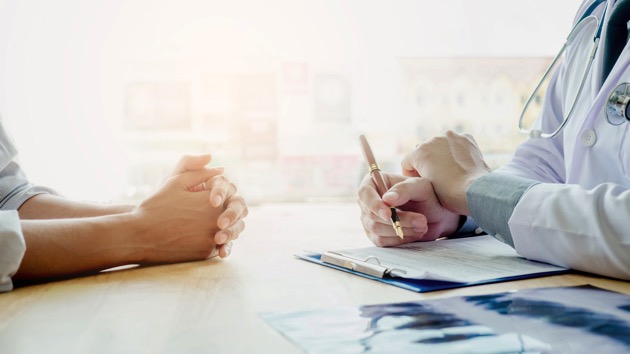 SARINYAPINNGAM/iStock(NEW YORK) — New York City Mayor Bill de Blasio on Tuesday unveiled a plan that provides health care to all city residents, regardless of their ability to pay or their immigration status.
The new program, NYC Care, will guarantee health care for the estimated 600,000 New Yorkers who do not currently have health insurance, according to the mayor's office. Undocumented immigrants will also be included in the plan.
In a press conference at Lincoln Hospital in the Bronx on Tuesday, de Blasio said NYC Care will give New York City "the most comprehensive health system in the nation" when it is fully implemented.
"We recognized that obviously health care is not just in theory a right," de Blasio said on MSNBC's Morning Joe ahead of the official announcement. "We have to make it in practice a right."
The mayor said the plan would encompass primary and specialty care as well as maternity and pediatric care and mental health services.
The mental health component is particularly important to Chirlane McCray, de Blasio's wife, who has tackled mental health as New York's first lady. "Guaranteed health care means guaranteed mental health care," she said at the press conference.
McCray explained NYC Care will set a person up with a primary care provider who can refer them to mental health services including alcohol and substance abuse programs and therapy sessions.
Of the 600,000 uninsured New Yorkers, many are "young invincibles," de Blasio noted on "Morning Joe," including young people who can afford insurance but choose not to get it. De Blasio said NYC Care would work on a "sliding scale" where "people will pay what they can" for care.
He added, "We also have a way to provide direct health care to a lot of our neighbors who happen to be undocumented. They're still part of our community. They need health care; their families need health care."
New York City has a public option for insurance already but NYC Care will pay "for direct comprehensive care" for people who can't afford insurance or are not on Medicaid, de Blasio press secretary Eric Phillips said on Twitter.
The program comes with a hefty price tag of $100 million per year for the city, but de Blasio said he believes it will ultimately save New York money.
"If we don't help people get their health care, we're going pay plenty on the back end when people get really sick," he said on "Morning Joe."
NYC Care is rolling out this summer starting in the Bronx and will be available to New York residents through the NYC website or by calling 311.