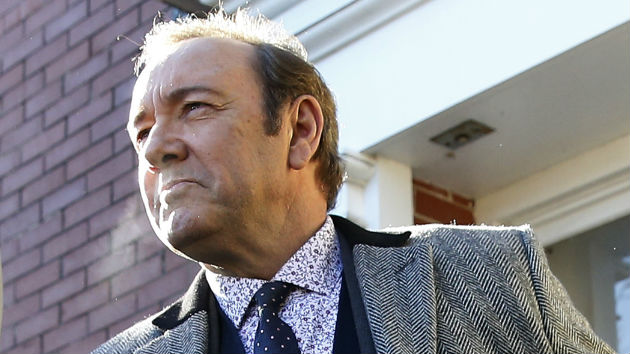 Photo by Jessica Rinaldi/The Boston Globe via Getty Images(WASHINGTON D.C.) — Hours after pleading not guilty to sexual assault allegations in a Nantucket Island, Massachusetts court on Monday, Kevin Spacey found himself in more trouble, this time near Washington, D.C. for allegedly speeding.

Spacey was pulled over near the airport and “given a verbal warning for speeding,” a spokeswoman for the Metropolitan Washington Airports Authority told local station WTOP.

A video that appears to have captured the incident was posted on TMZ on Monday evening.

The former House of Cards actor had reportedly been staying in the D.C. area, where the Netflix show was filmed, prior to his court hearing, according to WTOP.

Spacey, 59, was arraigned Monday morning on a charge of felony indecent assault and battery stemming from an alleged 2016 encounter with an 18-year-old busboy at a Nantucket restaurant and bar.