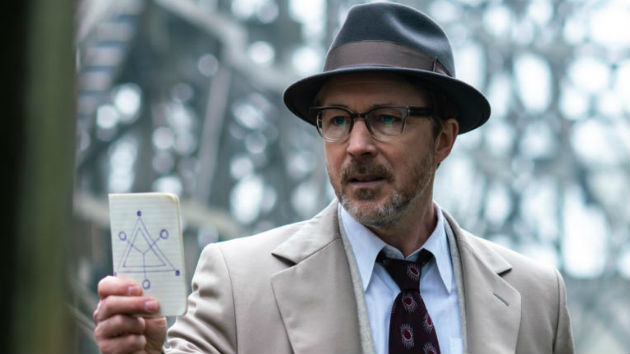 Ed Araquel/History(NEW YORK) — You may know him best for playing Petyr “Littlefinger” Baelish for seven seasons on Game of Thrones, but now Aidan Gillen is heading into alien territory.

In History’s Project Blue Book, which debuts tonight, the Irish actor stars as Dr. Josef Allen Hynek, a real-life professor who was recruited by the Air Force to help explain UFO sightings in the 1950s and 60s. Gillen was immediately interested in the subject matter, which is based on true events.

“You know, from an early age I've wondered about what's out there,” he tells ABC Radio. “I've never assumed we are alone in the universe for a second.”

Gillen says that when tackling this role, he spent many nights doing “highly enjoyable rabbit-hole research.” One of the first things he did was re-watch Steven Spielberg’s Close Encounters of the Third Kind, based on Dr. Hynek’s book, Close Encounters. Hynek was a consultant on the film and even had a cameo in it.

“To get to play the guy who wrote the books that inspired Spielberg to make the film is pretty amazing,” Gillen says.

“Somebody sent me the picture and…they also sent me pictures of some billboards in Los Angeles for Project Blue Book and I thought I was looking at the same thing, honestly,” Gillen says. "Um, so nice timing!