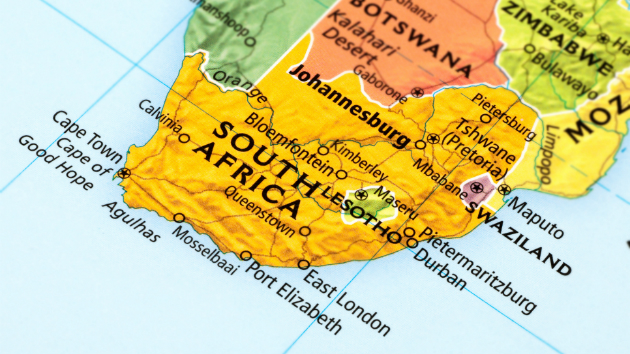 omersukrugoksu/iStock(PRETORIA, South Africa) — Four people are dead and hundreds more were injured when two trains collided during the early morning rush hour commute in Pretoria, South Africa, Tuesday.
Hundreds of commuters remain trapped inside the carriages and emergency response officials say the number of fatalities might rise as the wreckage is being cleared.
Shawn Herbst, the media liaison officer of Netcare 911, a private emergency medical response company, told ABC News there were about 800 people on the two trains and more than 620 sustained minor to moderate injuries. One person was critically injured and airlifted to a local hospital.
Emergency workers from the City of Tshwane are helping to treat the wounded and free the trapped passengers.
The city's mayor, Solly Msimanga, sent his condolences to the victims' families via his official Twitter account.

A sad day in @CityTshwane
We send our condolences to the families of those who passed on and we wish all those injured a speedy recovery#Mountainviewtrainaccident pic.twitter.com/UzNt7AGpOR

Accident investigators are combing the scene for clues about the cause of the accident in a probe that is expected to last for several days.
Copyright © 2019, ABC Radio. All rights reserved.