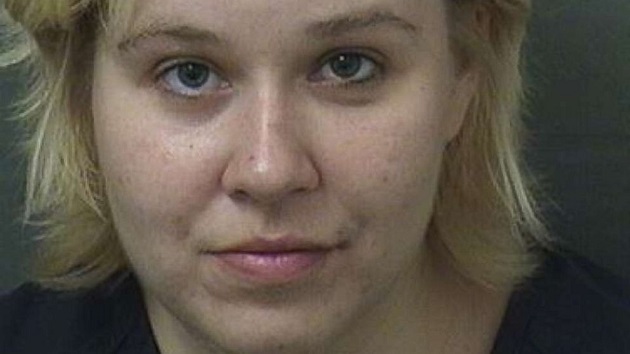 Palm Beach County Sheriff's Office(LAKE WORTH, Fla.) — A Florida woman has been served with multiple battery charges after she allegedly attacked her parents because they wouldn't take her to Outback Steakhouse, according to police documents.
On Wednesday afternoon, the Palm Beach County Sheriff's Office responded to the Lake Worth home where 28-year-old Deana Seltzer lives with her parents for an "armed domestic disturbance in progress," according to a probable cause affidavit.
The complainant, Vadim Seltzer, told 911 dispatchers that his daughter was "armed with a knife" before the line went dead, and several attempts to call him back were not successful, the document stated.
After several minutes, Vadim Seltzer answered the phone before running out of the front door to meet with deputies, who had set up a perimeter around the home. Deana Seltzer ran out seconds later, authorities said.
She was not holding a weapon, but was taken into custody without incident, according to the affidavit. When the sheriff's deputies entered the home, they found a "large glass dining room table flipped over and broken glass scattered throughout the dining area," the document stated. In addition to the table, a 12-inch decorative knife was on the kitchen table, authorities said, adding that "both victims in this case are elderly and frail."
Deana Seltzer "became enraged" after she asked to go to Outback Steakhouse, the Australian-themed casual dining chain restaurant, and was told "no," her mother, Lydumila Seltzer, told deputies, according to the affidavit. She began striking her mother with closed fists on the chest and arms and then scratched her father on his face and upper body when he tried to intervene, authorities said.
She then "began screaming and flipped over a large heavy glass table top," breaking it into "hundreds of pieces," according to the document.
Deana Seltzer's alleged attack continued throughout the house, as she flipped over recliner chairs and tore up other pieces of furniture. She then ran into the hallway and ripped the 12-inch decorative knife from its backing on the wall and ran toward her father, making "slashing" motions with the knife, screaming, "I'm going to f—— kill you," as she chased him, authorities said.
Vadim Seltzer was able to grab his daughter's arm and wrestle the knife away from her, according to the affidavit.
Deana Seltzer was charged with simple battery, battery of a person 65 or older and aggravated battery with a deadly weapon, according to the document. She was released from the Palm Beach County jail on Thursday on supervised recognizance, according to jail records.
ABC News could not immediately reach Deana Seltzer for comment. It is unclear if she has retained an attorney.
Copyright © 2019, ABC Radio. All rights reserved.