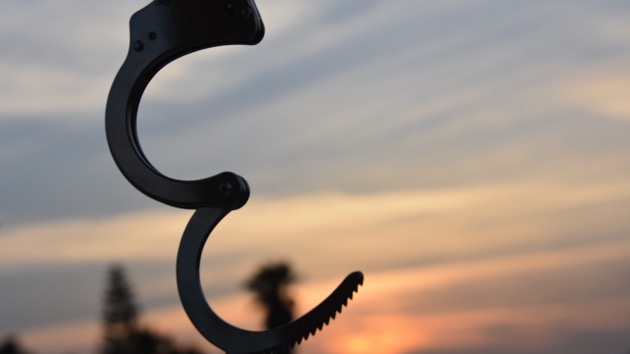 tzahiV/iStock(NASHVILLE, Tenn.) — A woman who was sentenced to life in prison for killing the man she said trafficked her for sex has just been granted clemency.
Cyntoia Brown had her sentence commuted by Tennessee Gov. Bill Haslam today after serving 15 years in prison.
"This decision comes after careful consideration of what is a tragic and complex case," Haslam said in a statement released by his office.
Brown was convicted in 2004 of the murder of Johnny Allen, a 43-year-old real estate broker she claims was trafficking her for sex. She was tried as an adult in the case, convicted, and sentenced when she was 16 years old.
"Cyntoia Brown committed, by her own admission, a horrific crime at the age of 16. Yet, imposing a life sentence on a juvenile that would require her to serve at least 51 years before even being eligible for parole consideration is too harsh, especially in light of the extraordinary steps Ms. Brown has taken to rebuild her life," Haslam said in the statement.
Haslam's office pointed to the reformational work that Brown did during her time in prison, inlcuding getting her GED and noting that she is expected to get her bachelor's degree this year.
The decision to grant Brown clemency, which lawmakers and advocates have been pushing for, is one of the final acts of the outgoing Republican governor.
Brown will be subject to parole until August 2029.
Brown’s case gained attention in 2017 thanks to social media posts by celebrities, including Kim Kardashian and Rihanna, calling for her release. She was also the subject of a 2011 documentary called "Me Facing Life: Cyntoia's Story."
Her attorney, Charlie Bone, was the one to tell Brown on Monday that she was granted clemency.
"There is nobody like Cyntoia Brown, and I may be a little prejudiced, but she deserves this," Bone said at a news conference.
An advocate at the news conference read a letter written by Brown, in which she thanked many people, including Haslam "for your act of mercy and giving me a second chance."
"The lord has held my hand this whole time and I would never have made it without him," Brown wrote in the letter, adding that she is "committed to living the rest of my life helping others."
Nashville mayor David Briley also attended the news conference, calling the decision important for the city.
"Her circumstances were tragic and that tragedy is something we can't forget…but today is a moment in Nashville where we can have a moment of redemption, where we can all be freed from the sins of the past," Briley said.

"She has fought hard to give us this moment of redemption," he said. "Let's not let it pass."

What to know about Jessica Rosenworcel, who was nominated to become first woman to lead FCC
Confederate statue hiding in plain sight near trial of 3 white men accused of killing Ahmaud Arbery
Gal Gadot teases that her children will make a cameo in the next ‘Wonder Woman’ movie
Chance the Rapper and Common call for Illinois to restore discretionary parole for life sentences
Husband charged in Maya Millete’s killing, pleads not guilty in court
Gwyneth Paltrow reveals how she talks safe sex and healthy relationships with her teenagers