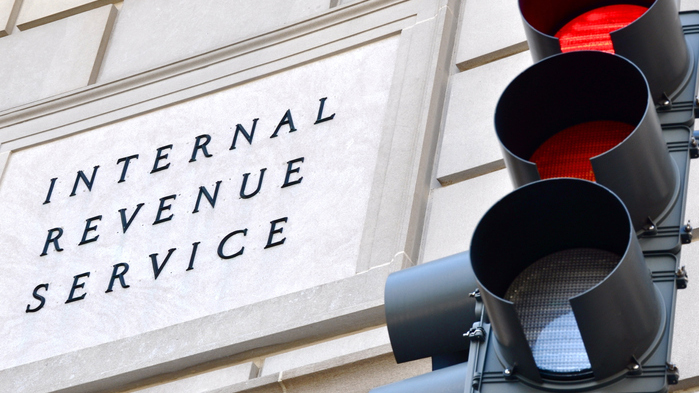 marcnorman/iStock(WASHINGTON) — The IRS announced Monday evening that despite the government shutdown, it will process tax returns starting Jan. 28 and issue tax refunds as planned, a move ordered by the White House earlier in the day.
In a statement, the IRS said that the Office of Management and Budget had reviewed the relevant laws at the Treasury Department's request and concluded that tax refunds may be paid during a government shutdown.
“We are committed to ensuring that taxpayers receive their refunds notwithstanding the government shutdown," IRS Commissioner Chuck Rettig said in the statement. "I appreciate the hard work of the employees and their commitment to the taxpayers during this period."
Almost 90 percent of the IRS's workforce had been sent home without pay due to the government's partial shutdown, according to its since-expired December contingency plan, but the IRS said it now plans to bring back a "significant portion of its workforce" to accommodate the order.
The service did not specify how many of its over 75,000 employees it would bring back, though, saying they'll provide more details in an updated shutdown contingency plan set to be released "in the coming days."
IRS offices are closed, tax questions are not being answered and — prior to Monday's announcements — there was a concern that refunds to early-filers this year might not be issued on time if the shutdown drags on, financial experts said.
Russ Vought, acting director of the Office of Management and Budget, told reporters Monday afternoon that the administration would be updating guidance from past shutdowns in order to allow for tax returns to be fulfilled during the ongoing partial shutdown. He announced the move as part of a broader set of steps the administration is taking to mitigate the impact of the shutdown on ordinary people.
At the national parks, for example, trash collection and bathroom cleaning is set to restart this weekend, he said. The National Park Service will use money collected from entrance and usage fees in previous years to pay for those services and increased law enforcement.
“Our mission from the president is to make this shutdown as painless as possible, consistent with the law,” Vought said.
Having lost 23,000 employees since 2010, the IRS was already short on adequately trained staff, according to Tony Reardon, president of the National Treasury Employees Union, which represents IRS workers. And because IRS employees are still working to implement the Tax Cuts and Jobs Act of 2017 — a sweeping tax reform bill spearheaded by congressional Republicans and the Trump administration — questions from tax preparers and taxpayers about the new rules abound. With less than a month before the usual IRS filing season begins, Reardon said the IRS faces the looming question of whether it is prepared to handle the bureaucratic backlog.
Also on Monday, the NTEU announced that it had filed a lawsuit against the government for forcing some federal employees to work without pay. This is the second lawsuit filed on behalf of federal workers.
Under government rules for a shutdown, employees deemed essential must cancel any planned leave and report to work. But they typically won’t get paid until after the shutdown ends and Congress agrees to give them backpay.
Some 12.5 percent of IRS employees have been working through the shutdown because they are classified as serving "in the protection of life and property" — personnel who keep computer systems running, protect federal property, conduct criminal investigations and take care of other essential tasks.
In the meantime, some IRS employees have continued working to implement the new tax plan, which contained its own funding for two fiscal years.
The IRS directed ABC News to the lapsed contingency plan in response to further questions. Calls to the Treasury Department have gone unanswered.
During the 2013 government shutdown, almost $4 billion in tax refunds were delayed, according to a report from the Office of Management and Budget at the time.
The 2018 tax return filing deadline for most taxpayers is April 15, 2019.