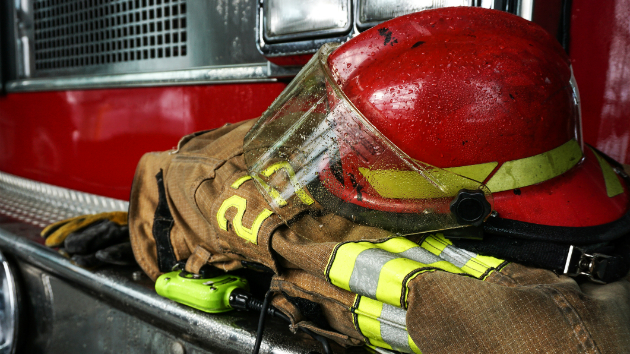 Matt277/iStock(NEW YORK) — The New York Fire Department is in mourning after a young, newly hired man fell to his death in the line of duty.
Probationary firefighter Steven Pollard had responded to a car crash at a bridge in Brooklyn Sunday. As he was heading to help the victims, he slipped through a gap in the road and fell about 52 feet, officials said.
Pollard, 30, had been on the job less for than two years.
"To lose a member just at the beginning of his career like this is devastating to us," said New York City Fire Commissioner Daniel Nigro. "He is the 1,151st member of the bravest to give his life in the service of the people of this city."
New York City Mayor Bill de Blasio ordered flags to fly at half-staff in his honor.

I’ve ordered flags throughout the five boroughs to fly at half staff in honor of the courage and sacrifice of @FDNY Firefighter Steven H. Pollard. https://t.co/Ph3nDjYeCb

Pollard, assigned to Ladder Company 170 in Brooklyn, comes from a New York firefighter family.
His father, who is retired, served for 32 years with the NYFD, the mayor's office said. Pollard's brother is also a firefighter and an 11-year veteran of Ladder Company 114 in Brooklyn.
"This is a family who has done so much for New York City," the mayor said.
"As his family mourns him, the department mourns him, and certainly the citizens of our city mourn him," Nigro said. "All we can do as a department is stand beside the family and give them whatever support we can, stand beside the members of his unit at this difficult time for them, and ask for the prayers of everyone in this city for the Pollard family, for retired firefighter Ray Pollard, his brother Ray Jr., and for their mom and the rest of their extended family for this terrible loss."
Copyright © 2019, ABC Radio. All rights reserved.

A socialist is poised to become mayor of a major US city. Is it a movement or a blip?
Restaurants, bars face abrupt end of to-go and delivery alcohol sales in New York
Pandemic helped cause biggest drop in US life expectancy since WWII, study finds
Rudy Giuliani suspended from practice of law in New York
Old Navy is giving new US citizens 2021 flag tees for July 4
Mom who gave birth as college athlete competes in US Olympic track and field trials