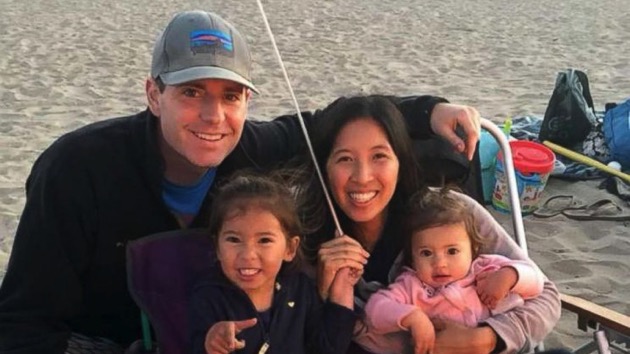 Beaudette Family(LOS ANGELES) — A man was charged Monday with the killing of a father, husband and scientist who was gunned down while camping with his two young daughters in Southern California last year.
Anthony Rauda, a parolee who was arrested in October, is not only accused of killing Tristan Beaudette, but also is suspected of trying to kill 10 other people in shootings over the past two years, the Los Angeles County District Attorney’s Office said Monday.
Beaudette, 35, was shot in June 2018 at Malibu Creek State Park.
Beaudette died in front of his 2-year-old and 4-year-old daughters inside their tent. No one else was injured.
Rauda allegedly fired at "unsuspecting" campers or drivers as far back as November 2016, when he allegedly injured a man sleeping in the Malibu State Park area, prosecutors said in a statement.
Rauda, 42, is accused of shooting into a car four days before Beaudette was killed, prosecutors said.
Beaudette's killing was unsolved for half a year, sparking a massive investigation and reward.
"Tristan was a devoted husband and father whose life revolved around our family, our happiness, and his hopes and dreams for our future," Beaudette's wife, Erica Wu, said in a statement in July. "We met when we were teenagers, grew up together, married, and had two amazing and beautiful daughters. In everything that he did, Tristan was kind, selfless, and giving, and had a natural ability to connect with just about anyone."
Wu added: "We supported each other as we pursued our careers while balancing what truly mattered most: spending time with our girls and living life to the fullest. Tristan rejoiced in sharing his love of the outdoors with the girls and believed that campgrounds were the definition of a sanctuary where people could feel safe and secure."
Besides the alleged shootings, Rauda is also charged with several 2018 burglaries in the Calabasas area, prosecutors said.
Rauda is charged with one count of murder, 10 counts of attempted murder and five counts of second-degree burglary. He is expected to be arraigned Monday, prosecutors said.
Rauda faces a maximum of life in prison if convicted, prosecutors said.
Copyright © 2019, ABC Radio. All rights reserved.