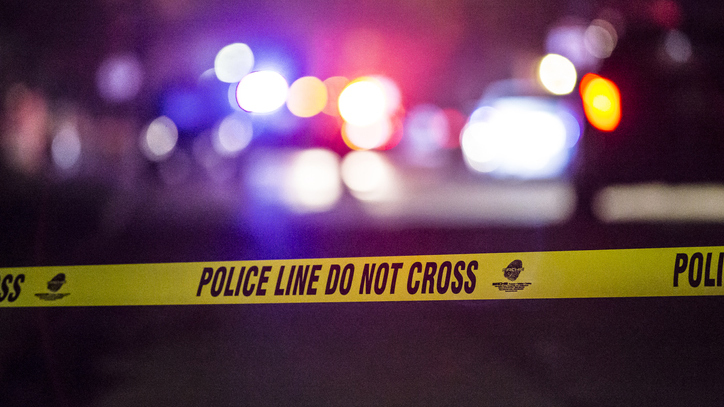 Brian Sevald/iStock(LOS ANGELES) — Authorities have arrested a Los Angeles man in connection with the shooting that killed three people at a bowling alley in Southern California last week.
Shots rang out at the Gable House bowling alley in Torrance — about 20 miles south of Los Angeles — after a fight took place between a group of people just before midnight on Friday, according to authorities.
"There was a fight between two people, and it turned into a fight with several more people, which turned into a fight with multiple people," Torrance Police Chief Eve Irving said at a news conference Monday. At one point, between 10 to 15 people were all involved in the brawl, she said.
Reginald Wallace, 47, was arrested by a SWAT team in Los Angeles on Monday without incident, Irving said. He is currently being held in a Los Angeles County jail without bail, she added.
Amid the melee, Wallace allegedly "pulled out a handgun out of his pocket and proceeded to shoot into a crowd," which caused "even more chaos," Irving said. Investigators believe only one gunman was involved, she said.
Surveillance footage inside the bowling alley captured the shooting, Irving said.
"From the video, it's hard to tell if he had intentions of who he wished to shoot," Irving said. "There was a lot going on. There was complete chaos at this time."
Irving declined to discuss whether the firearm was recovered and what led to the initial altercation. It is unclear whether Wallace was involved in any of the physical fights leading up to the shooting or whether he was associated with anyone who took part in them, Irving said.
Wallace was on parole after he was released from a California state prison in 2017, Irving said. He served 17 years for assault with a deadly weapon involving a firearm, she said. That incident did not happen in Torrance, Irving said.
Eyewitness Dana Scott said the group "seemed like they were having fun," but a fight then broke out between the females in the group, and some of men became involved.
"So they were yelling and cussing and fighting and people were on the floor and then some young men got into the fight," Scott said. "Probably not even a good minute later, we heard gunshots."
People ran between the bowling lanes to the back of the alley and ducked between cushions and benches to escape the gunfire, Scott said.
When police officers arrived to the scene, they discovered multiple people with gunshot wounds inside, the Torrance Police Department said in a statement.
In addition to the three people killed, four people were injured in the shooting.
Irving described the shooting as a "tragic event."
"We've never had an incident like this in the city of Torrance," she said. "It's tragic. Three people lost their lives. Four other people were shot. This is life-changing for so many people."
A a 27-year-old woman was killed during a previous shooting that occurred at the Gable House in 2015, the Los Angeles Times reported.
Bowling ally management hired security guards after the 2015 shooting, Irving said.