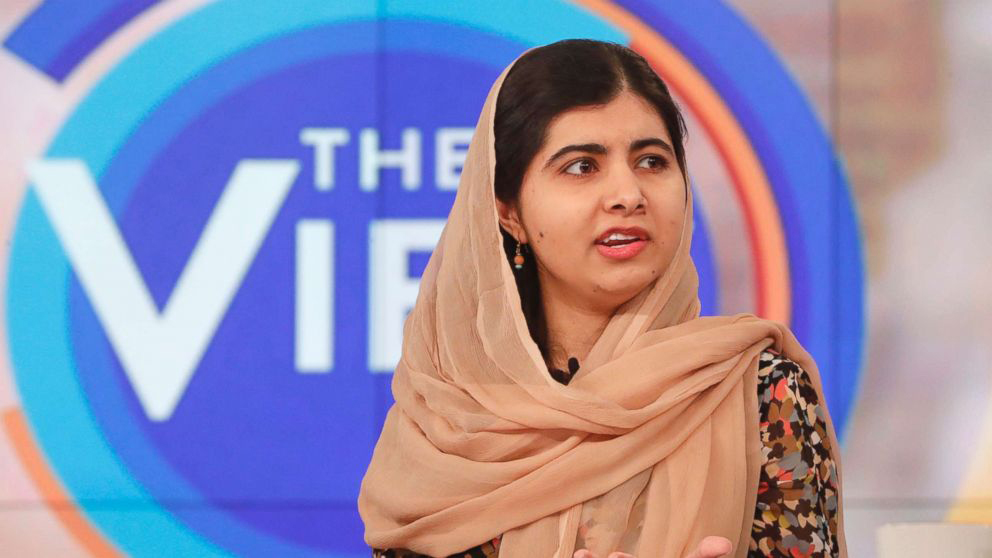 Lou Rocco / ABC(NEW YORK) — The youngest-ever Nobel Prize laureate, Malala Yousafzai, spoke to the women of “The View” about refugees on Monday, saying that “we have a lot to learn from these young girls” who have been displaced around the world and are seeking a better life.
She highlights the story of two sisters, Zaynab, now 23, and Sabreen, now 21. Five years ago, they were separated after they fled Yemen together, and haven’t seen each other since.
Zaynab was granted a U.S. visa, moved to Minneapolis and was able to reunite with her mother after 14 years apart. Sabreen’s visa was rejected, and she has been living in Europe.
Yousafzai met Zaynab in 2015, and said “her resilience is inspiring.”
She also spoke about “difficulty when you come to a new country, and you want to achieve your dreams, achieve your goals in your life.”
In spite of those difficulties, she said Zaynab is “doing amazing in her academics, she’s also leading a soccer team and she is inspiring other refugee girls as well to dream big.”
Yousafzai explained she wasn’t highlighting these girls’ stories to portray them as victims. Instead, she aims to show “they’re courageous, they’re brave, they’re overcoming these difficulties — so we have a lot to learn from these young girls.”
Yousafzai gained international attention after she was shot in the head in 2012, in an assassination attempt for her advocacy work that focused on educating girls in Pakistan.
After the shooting, Yousafzai was hospitalized in Birmingham, England, where she has been living ever since.
In 2014, she received the Nobel Peace Prize at the age of 17.

What automakers and consumers can learn from the chip shortage crunch
George Floyd’s brother on watching Derek Chauvin placed in handcuffs: ‘He had it a lot easier’
Biden backtracks on admitting more refugees, leaving Trump’s historically low limit in place
“It happens a lot”: Marvel fans feed Sebastian Stan the code words to “activate” his ‘Winter Soldier’ character
This mom’s three kids learn remotely at her job. Here’s how employers can support women.
‘iCarly’ star Jennette McCurdy quits acting: “I resent my career in a lot of ways”