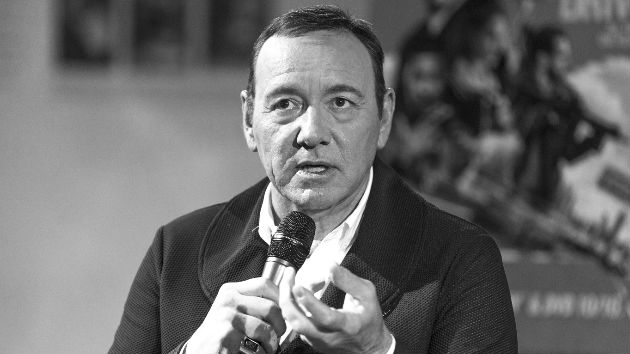 Photo by Rochelle Brodin/Getty Images for Sony Pictures Home Entertainment(MASSACHUSETTS) — Oscar-winning actor Kevin Spacey will appear this morning in a Nantucket courtroom to face arraignment on a felony charge of indecent assault and battery against a then-18-year-old busboy. The charge stems from an alleged incident in July 2016 at a bar on the island.
Spacey, 59, and his attorneys fought to avoid a personal appearance at the arraignment, according to The Inquirer & Mirror, a local newspaper, but a judge denied their request.

The Cape and Islands State Police Detective Unit launched an investigation into the former House of Cards actor after a young man contacted them by phone in October 2016 and alleged that Spacey plied him with beer and whiskey after meeting him at the Club Car in Nantucket, where he had worked that summer as a busboy. He claims Spacey sexually assaulted him, according to a criminal complaint filed in Nantucket District Court "against Kevin S. Fowler, also known as Kevin Spacey."
In a subsequent face-to-face interview with detectives, the young man admitted he lied about his age to the actor, who the alleged victim said groped him. According to the man's claims, he eventually ran in fear from the venue.
Spacey is expected to plead not guilty.
On Christmas Eve, Spacey posted a 3-minute YouTube video of himself on his verified Twitter account, hinting at his innocence through his former character on House of Cards, Frank Underwood.
"Of course, some believed everything and have just been waiting with bated breath to hear me confess it all," he says. "But you wouldn't believe the worst without evidence, would you? You wouldn’t rush to judgment without facts, would you? Did you? …You’re smarter than that," Spacey continued.