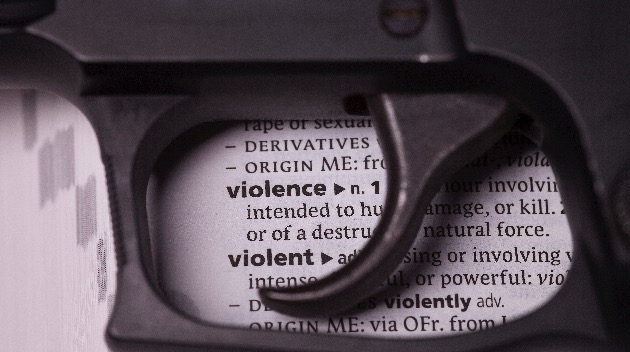 cjrphotos/iStock(NEW YORK) — For many, the term "mass shooting" conjures up a random attack in which a lone gunman opens fire, often for unknown reasons.
However, there have been just as many deadly mass shootings this year in which the shooter knew the victim, in many cases intimately, including instances of husbands killing their wives and children, or former partners killing their ex-girlfriends and other family members.
The FBI defines a mass shooting as an incident where four or more people — not including the suspect — are killed. While there is no publicly accessible federal tracker of such incidents, various groups and watchdog organizations keep their own lists, often using different definitions of what qualifies as a mass shooting.
Of the 20 mass shootings that ABC News identified in 2018 that fit the FBI's parameters, 10 were instances of either intimate partner or family violence, both of which are forms of domestic violence.
Seven of those 10 cases involved men fatally shooting either their girlfriend, wife, or ex-partner, along with at least three other people. Some of those other victims were relatives of the female victim; others were bystanders.
Two of the 10 cases involved a familial homicide, with parents or children shooting their direct relatives.
And in one case studied by ABC News, the male suspect kill his ex-partner's four young children. In another case, a mother killed her own children.
But too often, domestic violence doesn't receive the same media attention as other types of shootings, say many domestic violence and gun control advocacy groups.
“For so long, we’ve seen domestic violence as a personal issue – it happens in the home, don’t talk about it – but mass shootings show us otherwise,” said Bryan Pacheco, the spokesperson Safe Horizon, a crime and abuse victims' services agency. “These are not just personal issues. These are community issues that we all should be tackling.”
“The ability to help and support one survivor has the potential to save so many lives,” he added.
John Cohen is a former Homeland Security official and current criminal justice professor who also works as an ABC News contributor.
Cohen said that while it was not uncommon in the past for spurned partners to be violent towards their significant others, many of these incidents now involve powerful weapons and multiple bystander casualties.
“Unlike in years past when they may go into a location and harm that person, instead they're going into a school, a workplace, a house of worship, and they're seeking to address their grievance by shooting a large group of people,” Cohen said.
He specifically cited the deadly 2017 shooting at a church in Sutherland Springs, Texas. In that incident, the shooter went to the church after allegedly expressing anger towards his mother-in-law, who was a parishioner. The suspect went to the church looking for his relatives but ended up killing 26 people before killing himself, authorities said.
In November, the United Nations Office on Drugs and Crime released a report on the threats facing women around the world, showing that some of their greatest and deadliest dangers are at home.
The UN report found that 58 percent of women who were intentionally killed around the world in 2017 were killed by intimate partners or family members.
The report notes that globally, men are about four times more likely to be the victims of intentional homicide, but the share of women as victims goes up dramatically when looking specifically at violence perpetrated by an intimate partner or family member.
In those cases, 64 percent of victims of intimate partner- or family-related homicide are women, compared to the 36 percent of victims who are male. That percentage increases further for intimate partner homicide, as the report found that in those cases, 82 percent of victims are female and 18 percent are male.
The youngest victims of the deadly mass shootings this year were all killed in domestic violence incidents. In June, a man killed his two children –- ages 1 and 6 –- as well as his girlfriend’s other children –- ages 10 and 12 –- following a hostage situation in Florida before killing himself.
And the month before, a father killed his three children — ages 4, 6, and 8 — as well as his ex-wife’s new boyfriend. The suspect killed himself in front of his ex right after killing her boyfriend, she told The Huffington Post.
Pacheco said “people can’t fathom” instances where suspects kill their children, but it fits with the issues at hand in domestic violence cases.
“Domestic violence is about power and control and what’s the most terrible thing you can do to a mother or a father – usually a mother – is to harm their children,” he said.
Copyright © 2019, ABC Radio. All rights reserved.