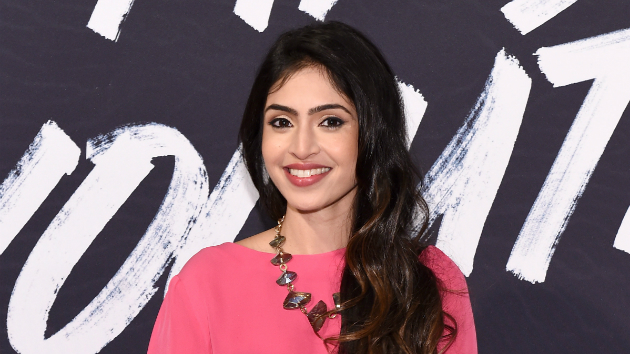 Ilya S. Savenok/Getty Images for Glamour(NEW YORK) — “The worst advice I ever received was to stop dancing,” Payal Kadakia, founder and executive chairman of ClassPass, told ABC News’ chief business, technology and economics correspondent, Rebecca Jarvis.
Kadakia said it’s dance that inspired her to start her company, ClassPass, a subscription service that allows users to easily find and attend fitness classes in their area. She had the idea after spending hours searching online for a ballet class in her area.
“I end up going through Google search, Yelp, I'm on the all these different websites, it's impossible," Kadakia recalled. "Two hours go by and I'm like, ‘What, why can't technology fix this? Why wasn't this as easy as finding a reservation on OpenTable?’ And that's when I had the epiphany idea."
The Massachusetts Institute of Technology graduate, who had previously worked for Bain & Company and Warner Music Group, set out to create a platform to make finding and booking fitness classes easier. After a few iterations, ClassPass was born in 2013. The company has since raised $255 million and has over 15,000 partners in more than 80 cities across the world. Kadakia served as chief executive officer (CEO) for the first four years of the company before stepping down in 2017 and becoming the executive chairman.
“I have always been someone who wanted to make sure that I never fit into a box … and at some point I felt like I was, everyone was, trying to put me in this box, and I was like, ‘This is not how I'm going to add the best value to my company,’” Kadakia said.
Kadakia and then-executive chairman, Fritz Lanman, swapped roles.
“I just wanted to make sure I was creating the vision for my company and pushing that forward, and that was the only thing that mattered," she added. “The only way you can make a decision like that is by having the right person, and I think for Fritz and me, we've been partners for so long that it was just so gradual and easy.”
While Kadakia was growing her company, she always kept dancing, simultaneously serving as the artistic director for The Sa Dance Company that she founded in 2009. It’s something she said helped her while building ClassPass.
“Building the dance company taught me these really tactical things … you have to learn a new job every day especially when you're starting," she explained. "It's like you need to be the best marketer, the best salesperson, the best product person and you just have to figure it out on the spot, and I really learned all those amazing skills just by having to do it.”
But running her dance company didn’t just teach her tactical skills. It was also something that became important to her as a leader, so much so that when investors and even her own parents suggested she give it up, it wasn’t something she considered.
“Everyone just wanted me to make sure I was taking care of myself, but taking care of myself meant dancing,” Kadakia said.
Not listening to the “worst advice” is something that Kadakia has learned can be necessary as an entrepreneur. She said that as an entrepreneur it’s important to know when to “go against the grain.”
“I always think about my life and my story about being about passion, at the end of the day, and always fighting for it,” Kadakia said. “When I was at school I had to fight for a way to keep dance in my life. Once I graduated, I fought for a way to keep dance in my life and with ClassPass I believe I'm fighting for everyone else to keep their passion in their life.”
Hear more from Kadakia on episode #118 of the “No Limits with Rebecca Jarvis” podcast.