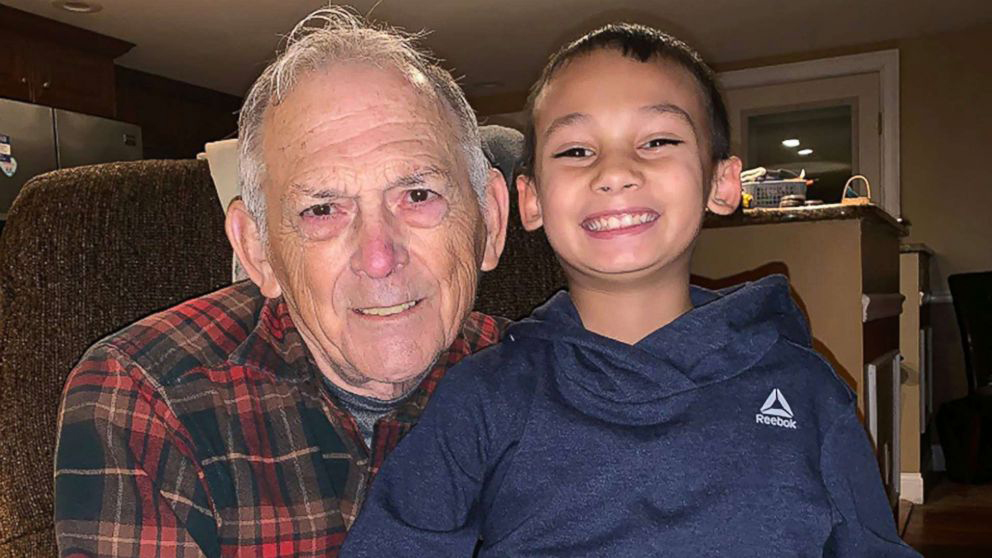 Somerset Police Department(SOMERSET, Mass.) — A Massachusetts grandfather had his 9-year-old grandson to thank for helping first responders save his life Saturday.
Kazin Crisman called 911 for his grandfather, Alan Crisman, when he was having a "life threatening medical emergency," according to a post on the Somerset Police Department’s Facebook page.
Alan Crisman, 80, and Kazin were going to get pizza and had gotten into their car when Kazin told ABC affiliate WCVB-TV that he noticed his grandfather was "acting really strange."
"I asked him, 'Do you want me to call 911?' He did not answer me all the four times that I asked him. I knew something was up," Kazin told WCVB-TV.
Crisman told ABC News that he is a Type 1 Diabetic, and had hypoglycemia, or low blood sugar.
Kazin called 911 and discussed his grandfather’s symptoms and "other valuable information that assisted first responders in providing necessary medical treatment," according to Somerset Police. Crisman said that Kazin explained what was happening, and that first responders quickly arrived prepared with glucose and IVs.
Crisman credited Kazin, whom he said he sees every week, for acting on his own instincts to save his life.
"He’s my little hero," Crisman said.
Crisman said he called Kazin’s principal and said he appreciated the school teaching Kazin about 911. He also said that police ultimately bought a pizza for the two of them.

9-year-old boy accidentally shot in chest by father after alleged road rage incident
Mom calls for change after infant daughter dies in Fisher-Price Rock ‘n Play Sleeper
Sheriff hopes reward fund will help them find Iowa boy Xavior Harrelson
Anthony Ramos shares how ‘In the Heights’ changed his life: “No one was rushing to write the next Latino barely five-nine, freckled lead role”
Coworkers donate their kidneys to save each other’s husbands
Cop dies in the line of duty while saving the life of swimmer in distress