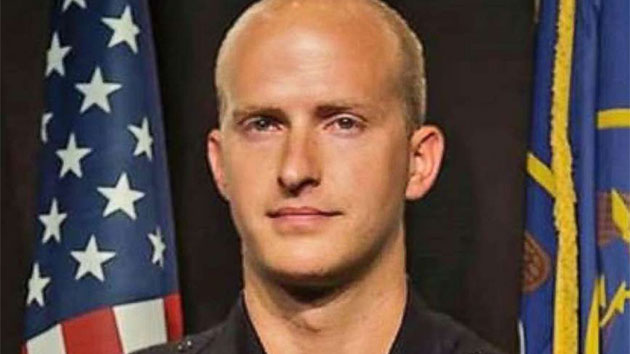 Provo Police(NEW YORK) — A police officer in Provo, Utah, was killed in the line of duty this weekend.

Officer Joseph Shinners was shot in the nearby town of Orem trying to apprehend a fugitive Saturday night, authorities said.

Shinners, 29, died at a hospital shortly before midnight, Provo Police Chief Richard Ferguson said at a Sunday news conference. A 3-year veteran of the department, Shinners leaves behind a wife and 1-year-old son, police said.

"Joseph Shinners is the officer you would want to show up on your doorstep in your crucible moment."
– Police Chief Rich Ferguson
Rest in peace JoJo. We will take it from here. pic.twitter.com/oNDgKgdJPH

The alleged shooter, a 40-year-old man who was not identified by police, was shot by Shinners and is under guard at a hospital, authorities said

Shinners was from the Boston area. His brother is a police officer and is father was a firefighter, Ferguson said.

The chief described the slain officer as intelligent, honorable and hard working.