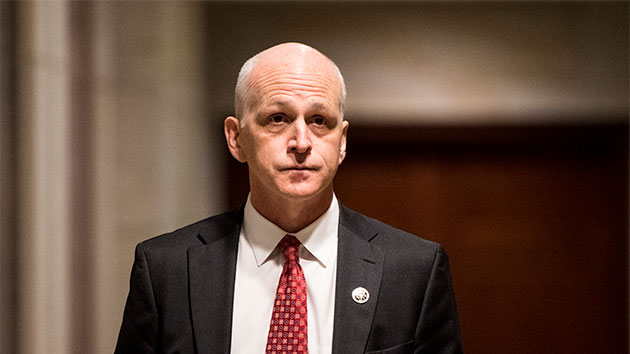 “Unfortunately, the short answer is yes. There is a provision in law that says the president can declare an emergency. It's been done a number of times. But primarily it's been done to build facilities in Afghanistan and Iraq," Smith told George Stephanopoulos on “This Week” on Sunday. "In this case, I think the president would be wide open to a court challenge saying, ‘where is the emergency?' You have to establish that in order to do this. But beyond that, this would be a terrible use of Department of Defense dollars."

Smith also said he will use his position as the new chair of the Armed Services Committee to examine whether President Trump has politicized the military on the issue of border security.

“I don't think you should use the military to advance your agenda,” Smith said. “The main thing that I want to focus on in the hearings that we have coming up once we get our committee set is transparency and oversight. You know, why did the president send 5,600 troops – active duty troops to the border? What was the purpose of it?”

The president said Sunday morning he will declare a national emergency depending on the outcome of the shutdown in the coming days to help pay for his long-desired border wall along the U.S.-Mexico border. He did not elaborate on the details of such a process.

Sixteen days into a partial government shutdown, the White House and Congress have yet to reach a deal to fund the construction of a wall. Trump has previously said that he would not sign a bill that did not include $5 billion for the construction.

Rep. Liz Cheney, R-Wyoming, who spoke with Stephanopoulos later on “This Week,” pointed to the difficulty in negotiations, claiming House Speaker Nancy Pelosi is “completely captive to the far left of her party.”

“This is not an issue of, you know, who’s doing what and who has the upper hand. The border has got to be secure, that’s what the American people want to see and they want the partisanship to end,” Cheney said Sunday.

The president’s acting chief of staff Mick Mulvaney said Saturday that Trump has shown willingness to compromise by being willing to “give up a concrete wall and replace it with a steel fence.”

“The president really doesn't understand the issue,” Smith said when asked whether this change in the construction of the border wall is something he could accept, adding that “all border security experts that I talk to say, where a wall makes sense, it's already been built.”

“The wall is not in itself a bad idea, it's just — it's been done,” Smith said. “And what the president has not done is he has not made the case that on the portions of the border where a wall has not been built, how is a wall going to actually enhance border security? There is no evidence whatsoever that that's necessary, and yet he is willing to shut down the government and stop paying border patrol agents.”

Tens of thousands of Customs and Border Protection agents and customs officers with the Department of Homeland Security are working without pay due to the shutdown.