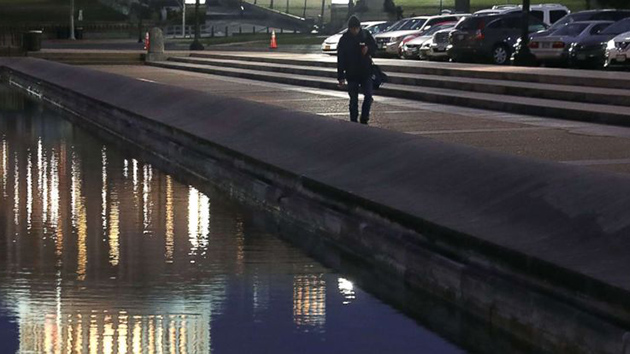 Mark Wilson/Getty Images(WASHINGTON) — Scott Ford said he spent the holidays stressed out about whether he would be able to start school on time later this month.
Ford said he was supposed to start a broadcast television program at Ohio Media School on January 21, but he was told his student loan is delayed for the duration of the shutdown. He told ABC News it was a total nightmare trying to find out if he would be able to start his program or delay school until the next semester.
"My student loan is on hold for the duration of the shutdown, I was told to be patient for about a two-week window," he told ABC News.
Ford said he should be fine after finding out this week that his loan will be processed about two weeks after the shutdown ends and he'll be able to start his program.
"I'll be ok, I did a decent job saving and some family members were generous over the holidays," he said.
Ford said he currently works as a freelance travel journalist and said he was a high school dropout, but found his passion in television and wants to become a news anchor.
A Department of Education spokesman said the agency is fully operational and not impacted by the shutdown, because the Education and Labor Departments have their funding for the next fiscal year. The spokesman said student loans are not affected by the shutdown and the department was not aware of any problems.
However, a notice to schools posted by the department this week says some systems used to process loans are handled by offices that are closed. The message says they are evaluating the possible impact and will issue guidance as soon as possible.
"As has been the case during past government shutdowns, we are making every effort to ensure minimal impact on students, borrowers, schools, lenders, and guaranty agencies and their ability to participate in the Title IV Programs," the notice says.
Have you or your family been affected by the government shutdown? Federal workers, contractors, and business owners, ABC News wants to hear your story. How has the shutdown impacted you?

If you would like to share your story please upload a vertical selfie video or audio note recounting the details below. You can also upload any photos or videos that you have associated with the shutdown and include any more details in the description below.
Send us your shutdown story and video here.
Copyright © 2019, ABC Radio. All rights reserved.