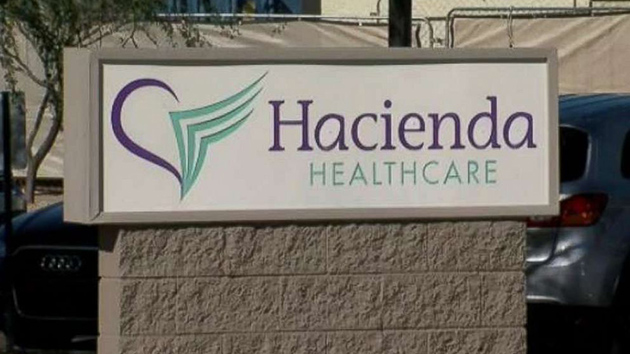 KNXV(PHOENIX) — Phoenix police are investigating a report of sexual assault committed against a female patient who had been hospitalized in a vegetative state for a decade after the woman stunned hospital staffers when she gave birth to a child last month.
While citing patient confidentiality laws in declining to confirm the details of the alleged assault, first reported by Phoenix CBS affiliate KPHO and confirmed in part by Phoenix ABC affiliate KNXV, Hacienda Healthcare released a statement this week that did not refute the description of the alleged incident reported by KPHO.
A Phoenix police spokesman told KNXV that "the matter is currently under investigation."
"As an organization, Hacienda HealthCare stands fully committed to getting to the truth of what, for us, represents an unprecedented matter," David Leibowitz, spokesman for Hacienda Healthcare, said in a statement. "We are already conducting a comprehensive internal review of our processes, protocols, and people to ensure that every single Hacienda resident is as safe and well cared for as possible. Anything less than that is unacceptable to our team, our company's leaders and the communities we serve."
In a second statement released on Friday, the health-care facility said that officials there had "recently become aware of a deeply disturbing incident involving the health and safety of a Hacienda resident." That statement went on to say that the facility "will continue to cooperate fully with law enforcement and all the relevant regulatory agencies regarding this matter.
Sources cited by KPHO said that the woman had been a patient at the facility for at least 10 years following a near-drowning incident that left her in a vegetative state. The woman, according to the sources cited by KPHO, gave birth to a healthy baby boy on Dec. 29 last year.
"None of the staff were aware that she was pregnant until she was pretty much giving birth," a source told the news station. "From what I've been told she was moaning. And they didn't know what was wrong with her."
The source went on to tell the news station that the woman would have been defenseless against a sexual assault, and unable to even communicate the fact that she was assaulted or was pregnant.
The Arizona state Department of Health Services confirmed to KNXV on Friday that the facility, which has been operating for decades, is being mandated to operate with more guidelines, which include increased security, increased staff presence during interaction with patients and increased monitoring of patient care areas. All male health-care aides are now being required to provide treatment to female patients with another person in the room.
By late Friday, Arizona Gov. Doug Ducey's office released a statement saying he had been "informed of the situation that occurred at this healthcare facility and finds the reports deeply troubling."
The statement went on to say that "our top priority is patient safety. To that end, we are re-evaluating the state's contract and regulatory authority as it relates to this facility and have been working closely with state agencies to ensure all necessary safety measures are in place."
Copyright © 2019, ABC Radio. All rights reserved.