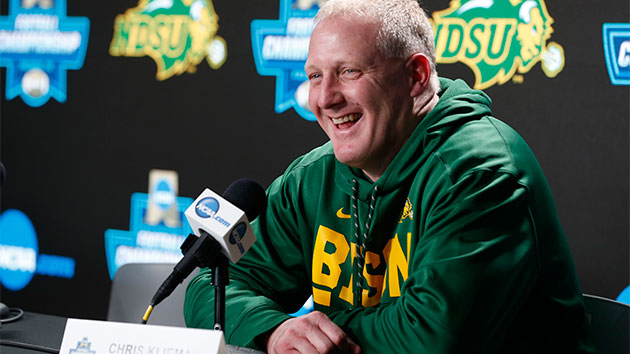 The seven FCS national championships breaks the FCS record that was previously held by Georgia Southern.

It was the final game for fifth year head coach Chris Klieman, who is taking over at Kansas State. Klieman joins former Youngstown State head coach Jim Tressel as the only four-time winners.

Defensive coordinator Matt Entz has been named the next head coach.

Quarterback Easton Stick improved to 49-3 as a starter, breaking former NDSU QB Brock Jensen's record for the most wins by an FCS QB.

The title was the school's fifteenth total title, with three coming from their time in the College Divisions and five Division II crowns.

The Bison finish the season 15-0. They won 21 straight games, the current longest streak in Division One.