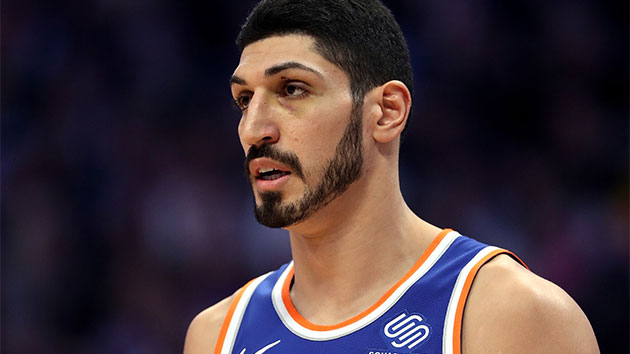 Matthew Stockman/Getty Images(NEW YORK) — New York Knicks Center Enes Kanter will not travel with the team to London when the team face's the Washington Wizards on January 17 due to his ongoing going clash with Turkish president Recep Tayyip Erdogan.

Kanter, a native of Turkey, told the media he fears for his life.

"I talked to the front office and said I'm not going because of that freaking lunatic, the Turkish President," he said following the Knicks 119-112 of the Lakers on Friday night. "There's a chance that I could get killed out there."

In 2016, Kanter spoke out against Erdogan following a bombing in Turkey's capital.

The following year, his Turkish passport was canceled and he was held at the Bucharest airport upon landing in Romania.

Kanter also believes his father has been a target of the government because of Kanter's stance against it.

Asked if he really believes he would be killed if he traveled Kanter said, "Oh yeah easy."