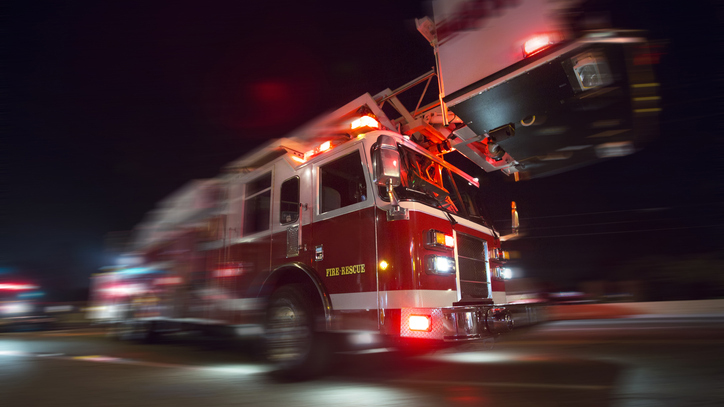 MattGush/iStoc(GAINESVILLE, Fla.) — A woman gave birth hours after she survived a fiery, multi-car crash in Florida that killed seven people, according to her church.
Five children and two adults were killed in the massive collision Thursday on Interstate 75 in Alachua County near Gainesville, the Florida Highway Patrol said.
The children who died were among nine children in a van full of churchgoers from the United Pentecostal Church in Marksville, Louisiana, headed to Disney World, said Kevin Cox, Louisiana District Superintendent for the United Pentecostal Church.
Besides the nine children, there were three adults in the van, including a pregnant woman. She delivered her baby Thursday night, Cox said in a statement Friday.
She was "pretty 'banged up'" but "the baby is going to be okay," Cox said, quoting a pastor who was with the woman in the hospital.
One of the five children who died was the granddaughter of a pastor, the church said.
Besides the five children, two men driving two semi-trucks involved in the crash also died, the highway patrol said.
Six to eight people were injured, officials said.
The four surviving children were all injured but are believed to recover, according to Cox.
The crash unfolded when a semi-truck was heading north and collided with a northbound passenger car, the highway patrol said.
After that collision, both cars went through the guardrail, into the center median and then into the southbound lanes, the highway patrol said.
Heading southbound at the time was a passenger van and another semi-truck. When the semi-truck crossed into the southbound lanes, it crashed with the van and the southbound semi-truck, officials said.
The van flipped over and some people were ejected, the highway patrol said.
Fifty gallons of diesel fuel spilled in the crash, Alachua County Fire Rescue said, and both semi-trucks caught fire.
Mandi Lamonda was driving north when she "noticed some white smoke on the south side of 75."
"Then all of a sudden I heard a big boom," she told ABC News, "and then tons of black smoke.”
Cox in his statement urged people to "pray for the healing of those physical injuries. And, perhaps even more so, pray for that church family that has been so massively affected by this tragedy."
It is unclear if investigators from the National Transportation Safety Board (NTSB) will head to the scene of the crash. Most employees there are furloughed as a result of the partial government shutdown.
Officials with Florida Highway Patrol told ABC News it has shared information about the crash with the NTSB, but no federal investigators have been involved in the probe.
Before the shutdown, NTSB officials told ABC News that existing investigations would be put on hold and new investigations would not be launched until the shutdown ended. However, if an accident occurred with a significant amount of casualties and presented a substantial danger to the traveling public if not responded to immediately, an investigation may be launched.
Copyright © 2019, ABC Radio. All rights reserved.