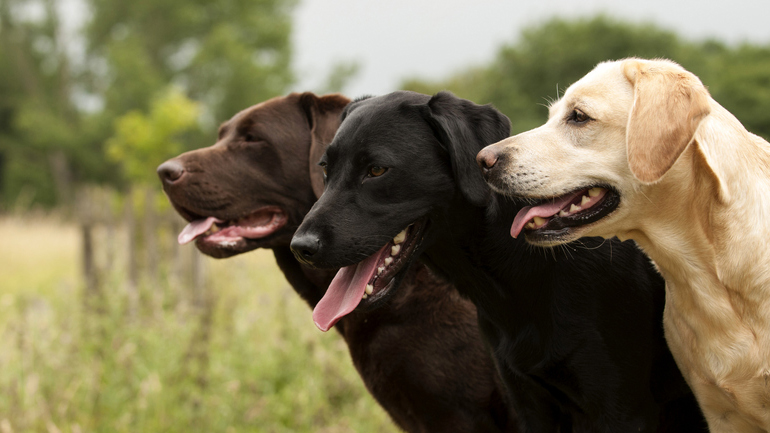 lizcen/iStock(NEW YORK) — Since Transportation Security Administration chief David Pekoske took the job as the nation's top transportation cop, his agency has pushed the message "Better Security Faster." Perhaps they should expand that to "Better Security Faster, Furrier and Floppier."
Pekoske has taken a keen interest in expanding the canine program at TSA and he wants those four-legged missions to have a more welcoming face.
After discussing with experts and partners, top TSA officials recently decided floppy-eared dogs, like Labrador retrievers, have a more friendly and calming effect on passengers, particularly children, than pointy-eared dogs, like German shepherds, according to TSA Assistant Administrator Michael Bilello. They are now focusing on enlisting more floppy-eared dogs as opposed to pointy-eared ones.
"You'll see parents kind of pull their kids away from a dog with pointy ears because, I think, we as a culture recognize that as a tactical dog or a police dog," Bilello told ABC News.
Bilello told ABC News that TSA has found no behavioral or mission effectiveness differences between the dogs. The change is purely focused on image and branding, with the job coming first.
But don't worry about the jobs of our pointy-eared furry friends. No dog will lose its gig at TSA due to the new preference, the spokesperson said. Dogs with ears of both varieties will continue to be trained and put to work in order to meet the high demand for canine missions at the agency. TSA will give preference to the floppy-kind for passenger screening, when it has the opportunity.
"The health and operational capabilities of the dog supersedes the appearance of their ears," he said, adding the agency is sending a clear message that there's no need for their breeders to crop dogs ears, a controversial, but legal practice.
"If it's a healthy canine and it's trained and operationally capable, that's the first priority," Bilello told ABC News.
TSA does not provide numbers on how many dogs work for TSA and Bilello couldn't say if most are floppy-eared or pointy-eared. TSA canines, assisted by human handlers, are trained to sniff for explosives at airports, train stations, events and other places the agency is tasked with protecting. Expansion plans for the canine program include certifying dogs, belonging to third-party contractors, for cargo screening.