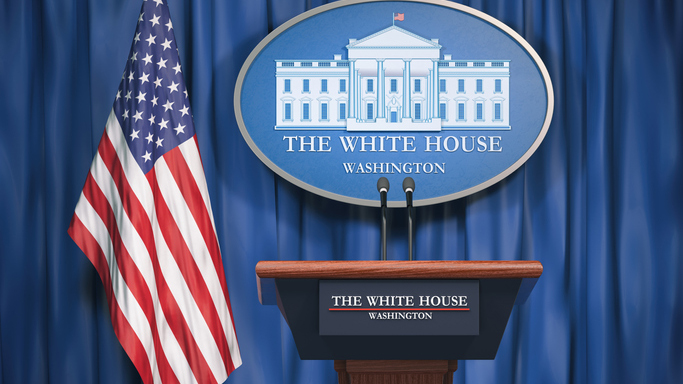 Bet_Noire/iStock(WASHINGTON) — President Donald Trump made a surprise appearance in the White House press briefing room Thursday where he congratulated Rep. Nancy Pelosi on her election as the next House speaker and again advocated for the construction of a wall along the U.S.-Mexico border.
"I just want to start off by congratulating Nancy Pelosi on being elected Speaker of the House," Trump said. "It's a very, very great achievement, and hopefully we're going to work together and we're going to get lots of things done, like infrastructure and so much more."
Trump made the statement at a hastily-arranged press briefing that the White House only advised reporters of minutes in advance.
The president was flanked at the briefing by Border Patrol officers who were there to advocate for Trump's demands for a wall as the partial government shutdown stretched into its 13th day.
"Without a wall you can not have border security," Trump said, following several statements from the individual officers. "Without a very strong form of barrier, call it what you will, but without a wall you can't have border security it won't work."
The president declined to answer any shouted questions from reporters who attended the briefing. It was Trump's first-ever appearance since taking office at the podium of the James S. Brady briefing room.
This is a developing story. Please check back for updates.