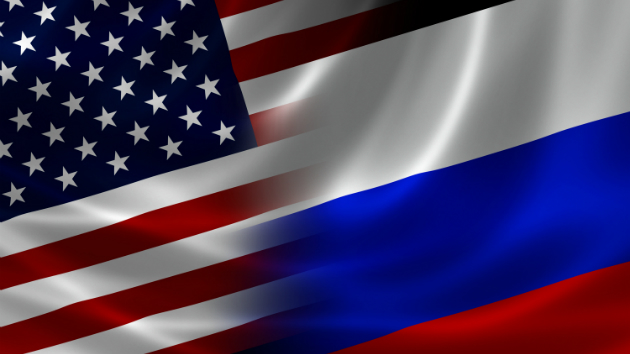 ronniechua/iStock(NEW YORK) — As a Russian attorney for an American accused of espionage in Moscow is already floating the idea of a possible prisoner exchange, former intelligence officials and experts have speculated that Russia may have been after something more basic with the American’s arrest: "reciprocity."
"The Russians are saying, 'We can play this game too,'" former longtime CIA officer Bob Baer told ABC News. "The Russians are really into reciprocity. 'You treat us badly, we’ll treat you badly.'"
Former U.S. Marine Paul Whelan, 48, was arrested Dec. 28, but his detention wasn’t publicly announced by Russian intelligence until Monday. The case remains mostly opaque, save for unverified reports from a Russian news outlet, said to be close to the security services, that alleged Whelan was caught in his hotel room with a removable memory device with a secret list of Russian government officials.
The reports also claim Whelan had been involved in intelligence activity for 10 years, including using social media to attempt to recruit Russian sources before traveling to Russia to meet them.
The purported circumstances of Whelan’s arrest and such espionage methods, described in the Russian reports as "unorthodox," seemed suspect to several former U.S. intelligence officers, including John Sipher, an ex-CIA official who once ran the agency’s Russia operations. He told ABC News it’s "highly unlikely" Whelan, who is chief of security for a large automotive parts company, is a U.S. intelligence official.
Sipher said, for instance, he strongly doubts a U.S. spy agency would send an officer into such a difficult and dangerous espionage environment as Moscow without the benefit of diplomatic immunity, which is afforded to accredited U.S. officials, some of whom are undercover spies. The U.S. has not claimed any such immunity for Whelan.
“If he was involved in anything related to intelligence, it was a massive uncoordinated screw up,” Sipher said. (The CIA, by policy, generally does not confirm or deny the identity of alleged employees. Whelan’s family denied that he’s a spy and said he was in Moscow for a wedding.)
While much about Whelan’s actions leading up to his arrest remains unknown, another veteran CIA official, Steven Hall, said that could be beside the larger point.
"This is all about Butina, leverage and reciprocity," Hall wrote on Twitter, echoing comments he made to The Daily Beast after Whelan’s arrest was announced.
Hall was referring to Maria Butina, the Russian gun rights activist arrested in Washington, D.C., in July, who in December pleaded guilty to a conspiracy charge related to her work as an illegal agent of the Russian government.
She was not accused of attempting to steal secrets like a traditional spy, but of infiltrating conservative groups to boost the Russian government’s agenda. The Russian Foreign Ministry has described Butina’s prosecution as a witch hunt and called her a "political prisoner." Like Whelan, Butina was active on social media and open about her contacts with foreigners.
Baer said the unusual nature of both cases was probably not a coincidence.
"If [Russia] could find an identical case to teach us a lesson, they would. But they would take something short of that," he said.
Paul Joyal, an American security analyst with expertise in Russia and the former Soviet Union, said Whelan’s arrest may be Russia’s way of sending a pair of messages to the U.S.: That they want Butina back, and a more general warning that "if you take one of our people, we will grab one of yours. Keep your hands off."
"It’s a powerful message," Joyal said.
As to whether an actual exchange is in the cards for Butina or other Russians held in the U.S., there’s been no official indication that those kinds of discussions have been proposed.
Russia and the U.S. have a storied history of prisoner swaps dating back to the Cold War. A recent high-profile exchange took place in 2010 when the U.S. deported 10 alleged deep cover Russian operatives in return for four high-value Western informants who had been imprisoned in Russia. (One of those informants, Sergei Skripal, who moved to the United Kingdom after he was released, was later poisoned in an attack in March 2018 that the British blamed on Russia. The Russian government denied involvement.)
A former senior intelligence official, who requested anonymity to discuss an ongoing case, was skeptical that a traditional prisoner swap could happen currently, considering the geopolitical and legal complexities on both sides of the Atlantic.
Butina’s plea agreement notes that the conspiracy charge carries a maximum penalty of up to five years in prison, but the deal could see her receive a lesser sentence, depending on the level of her cooperation with the U.S. government, before likely being deported back to Russia.
Whelan reportedly faces up to 20 years if convicted on espionage charges.
The ex-official and Baer said it remains to be seen how, if at all, Whelan’s arrest could affect Butina’s case or any cases that could grow out of her cooperation. An attorney for Butina declined to comment for this report.
Both the CIA and the White House declined to comment as well, referring questions to the State Department. Thursday, Secretary of State Mike Pompeo told Newsmax the Trump administration is "doing everything we can to make sure [Whelan is] treated appropriately and that we get the information we need."
A State Department official declined to comment further.

Officer seen kneeing man multiple times following vaping arrest
GOP congressman says US should ‘start thinking about hitting back’ at Russia
“It’s not the years, it’s the mileage”: ‘Raiders of the Lost Ark’ turns 40 on Saturday
17 percent reduction in DUI arrests in PA from 2019 to 2020
178 staffers at Houston Methodist hospital suspended for not complying with COVID-19 vaccine mandate
Philadelphia officer investigated for allegedly deleting suspect’s cell phone video of arrest