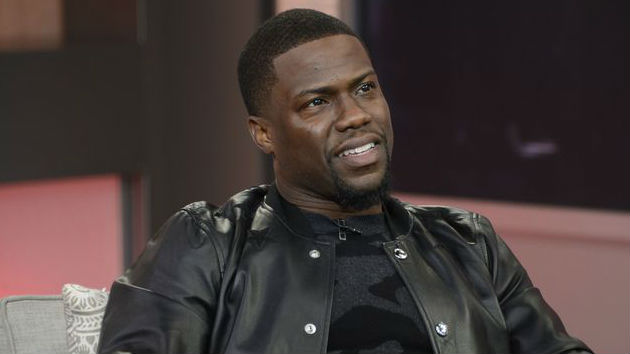 ABC/Paula Lobo(LOS ANGELES) — Pose star Billy Porter has some choice words for comedian Kevin Hart, who stepped down from his Oscar-hosting gig after refusing to apologize for homophobic jokes he tweeted almost a decade ago.

In an interview with Consequence of Sound, Porter says he's disappointed in Hart and in comedian D.L. Hughley, who defended him.

“I say to those people who think that they don’t need to apologize…and dig their heels in their toxic masculinity: 'But you want your rights!'” Porter said.

“'You want people to stop shooting your children in the back? But still, you turn around and oppress other people the same way you’re being oppressed,'" Porter continued. " F*** that. F*** you. We’re done.'”

In Hart's old tweets, he said he would hit his son if he turned out to be gay. When he was asked to apologize, Hart refused, explaining he did not want to empower the "trolls" who dug up the old material.

According to Porter, jokes about violence against the LGBTQ community are never okay.

“That crosses a line,” Porter said. “Because that allows your fans to think that [you can] hit somebody because you don’t like them. You don’t like their sexuality, so I can bash you in the head."

But Porter notes that all gay jokes aren't necessarily off-limits.

"I've seen people and I’ve heard people who are not homophobic who do gay jokes," he said, giving as an example a particular joke about gay sex that comedian Mo'Niquehas told in the past.

“The punchline was something like, 'Yeah, but don’t knock it till you try it!,'" he said. "She’s not saying, 'If I come home and my four-year-old son is playing with a baby doll house, I’m gonna break it over his head and tell him it’s gay.'”