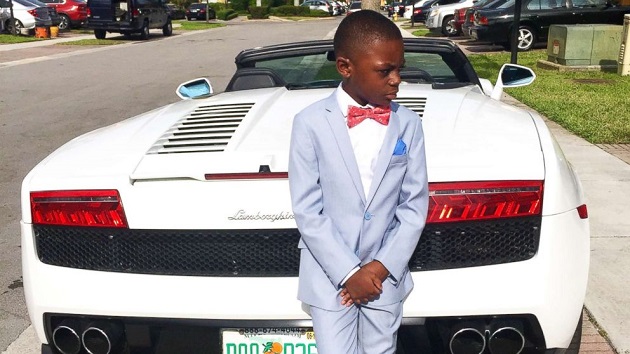 Jody Pottingr(NEW YORK) — An 11-year-old boy apparently suffered a severe asthma attack and died when he inhaled the aroma of salt fish cooking in his grandmother's New York City home after going there to wish her a happy New Year, according to his mother.
"I just want whatever happened to my family not to happen to someone else," Jody Pottingr, the mother of Cameron Jean-Pierre, told ABC News on Thursday.
Pottingr said her son suffered from asthma and had a severe allergic reaction to fish. She now wants other parents of children with similar allergies to be aware that inhaling the aroma of fish can be deadly.
"Cameron was full of life. He was such a great kid," Pottingr said of her only child.
New York City Police and paramedics were called to the home of Cameron's grandmother on 82nd Street in Canarsie, Brooklyn, around 7:30 p.m. Tuesday after Cameron inhaled a traditional Caribbean fish dish that his grandmother and aunt were cooking, according to police.
After suffering the asthma attack, the boy was rushed to Brookdale Hospital Medical Center in Brooklyn, where he was pronounced dead, police said.
The city medical examiner has launched an investigation to determine the official cause of death, a spokeswoman for the agency told ABC News.
"No determination on the cause of death has been made," the spokeswoman said.
Pottingr said her son went with his father, Steven Jean-Pierre, to his grandmother's home on New Year's Day after first visiting her mother, also in Brooklyn.
"I guess they forgot something at the house and went back and he went in the house and then he inhaled the fish," Pottingr said. "When he inhaled the fish I guess that triggered off an asthma attack and he couldn't breathe."
Steven Jean-Pierre immediately administered a nebulizer machine on the boy, which the child always had with him.
"I'm just devastated by the situation right now, it just happened so suddenly," the father told ABC station WABC-TV. "I gave him the nebulizer, the machine, that he usually takes if something like this happens, so it was a normal situation. But for some reason, he said it wasn't giving him enough air at the time."
"My son's last words were 'Daddy I love you, daddy I love you,'" he added. "He gave me two kisses, two kisses on my face. He said, 'I feel like I'm dying.' I said, 'Don't say that. What are you talking about. Don't say that.'"
The American College of Allergy, Asthma & Immunology warns people with allergies to fish to "stay out of areas where fish is being cooked, as proteins may be released into the air during cooking."
Pottingr said her son was first diagnosed with a fish allergy when he was in kindergarten and threw up after being served fish sticks for lunch.
"He went to the doctor and they did the allergy tests where they put the little dots all over your body," Pottingr said. "So we have like a list at the house of all the things that he's allergic to and fish is one of the things."
She said her son was a sixth-grader and an honor-roll student at Theodore Schore Middle School in Piscataway, New Jersey, where the family moved to from Brooklyn two years ago.
"He's very smart. He plays sports. He loved playing football," she said. "He loved reading. He taught himself to play video games just by watching YouTube videos. Anything he wants to learn he watches a YouTube video and he does it."
She said teachers at his school were heartbroken when they received word that Cameron had died.
"I called the school and told the counselor what happened and she called me back and said, 'I went to each teacher individually and told them what happened and they were all devastated because they all loved Cameron,'" Pottingr said. "[The teachers] said, 'Cameron is such a good kid here and we all had such high hopes for him.'"
Copyright © 2019, ABC Radio. All rights reserved.