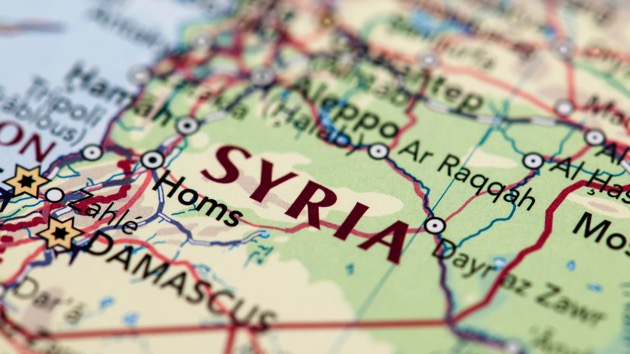 omersukrugoksu/iStock(WASHINGTON) — As of now, there’s “no timeline for military forces to withdraw” from Syria, a senior State Department official said Friday, adding to the repeatedly changing administration accounts concerning President Donald Trump's abrupt decision to pull all U.S. troops out of the war-ravaged country.
At the same time, officials reiterated the Trump administration “does not intend to have an indefinite military presence in Syria,” and that the president's decision to withdraw was still intact.
The officials were briefing reporters ahead of Secretary of State Mike Pompeo's trip to the Middle East starting Tuesday, visiting eight countries in seven days as he seeks to reassure Arab allies about the U.S. withdrawal and galvanize support to continue the administration's campaigns against ISIS and Iran.
The officials said a Syria withdrawal would be done “in a deliberate, heavily coordinated way with allies and partners" in order to "maintain pressure on ISIS throughout and … not open any vacuums for terrorists to exploit.”
Trump originally said 2,000 U.S. troops in Syria would be leaving "now" and ABC News and other news organizations initially reported that the Pentagon was making plans for withdrawal that could happen within 30 days.
After withering criticism of his decision, including from Republican Sen. Lindsey Graham and others in his own party, Trump told troop in Iraq that the withdrawal would be "deliberate and orderly."
The New York Times reported Dec. 31 that the latest pullout plan would take about four months, a timeline Trump denied having said on Wednesday.
Two U.S. officials told ABC News a few days earlier that the plan at that point called for a process that could take several months.
At the Friday briefing, the State Department officials pushed back on what they called the “narrative” that the U.S. is withdrawing from the Middle East, giving up on countering ISIS.
"The U.S. is not leaving the Middle East,” said one senior official, referring to “false reports around the Syria withdrawal.” “We're not going anywhere,” the officials added.
Copyright © 2019, ABC Radio. All rights reserved.