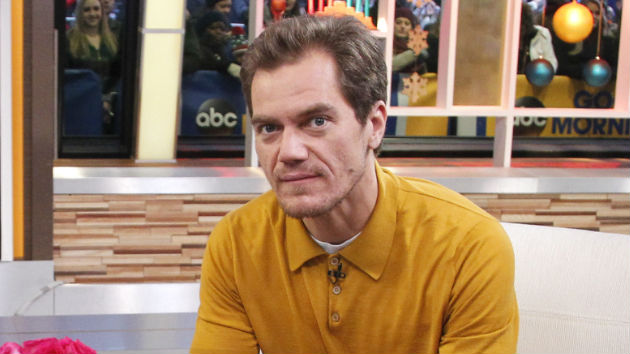 The movie stars Alien: Covenant's Katherine Waterston as a widow who goes down many a dark alley — literally and figuratively — to try to discover what happened to her famous actor husband in the days and nights before his suicide in Belgium.

As her character tries to fit together the pieces of the tragic puzzle, Waterson's character, also named Katherine, runs into a handful of shady characters. One of these is a man named Edward, played by Michael Shannon — and of course, she ends up falling for him.

Shannon, who's played everyone from Elvis Presley in Elvis and Nixon to Superman's nemesis General Zod in Man of Steel, explains to ABC Radio what drew him to State Like Sleep, which is based on the director's own experiences in Belgium.

"I don’t really get very charmed by style, or the possibility that something will make a lot of money," Shannon explains. "I am very taken by filmmakers who are making something very personal to them…something that’s based on things that have happened in their life and that means a great deal to them in their heart and soul, you know?"
Shannon has earned a reputation as an actor's actor — and his approach to his work shows why.

"I think honestly what’s more fascinating for me is the thought that all of these characters were in me to begin with," he explains. "I mean I don’t have anything in common with Elvis at all. But there was something I could understand about the situation he was in."