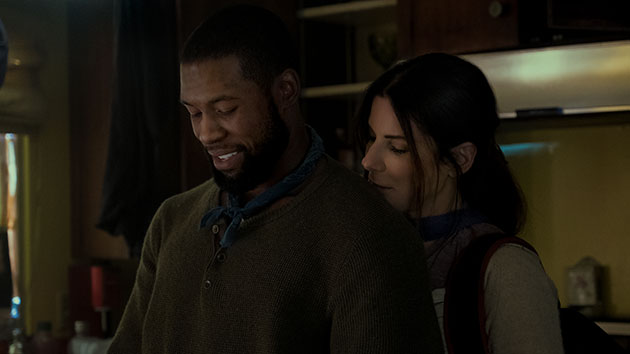 While the apocalyptic film is often heavy and ominous, Rel and Rhodes say that thanks to their hilarious co-star, the atmosphere while filming was surprisingly light.

"[Sandra's] hysterical," Rel tells ABC Radio. "And she don't stop, which is very interesting. And she's way funnier than I thought she would be."

Rel says that he was so surprised by Bullock's great sense of humor and timing that it led him to revisit some of her previous work.

"After we did the movie I started watching stuff," he explains. " I saw… Miss Congeniality. Just to be like, 'Oh yeah, she's hysterical.' I remember seeing it at the time like, 'Did they write that for her, or…' Nah, she's just really funny."

In addition to Sandy's funny bone, her co-stars also shared that the Oscar-winning actress is simply an all-around "good person."

"The quality of person she is something that I think has helped her sustain for so long," Rhodes says. "Along with the creative that she is… that's just something I took from her."

Rel agrees and adds that Bullock's humility was also another surprising but welcome attribute.

"Yeah, and specially to be as big of a star she is," he says. "It almost felt like at some point, like, you know, did we start together or something? Because that's how cool she was."