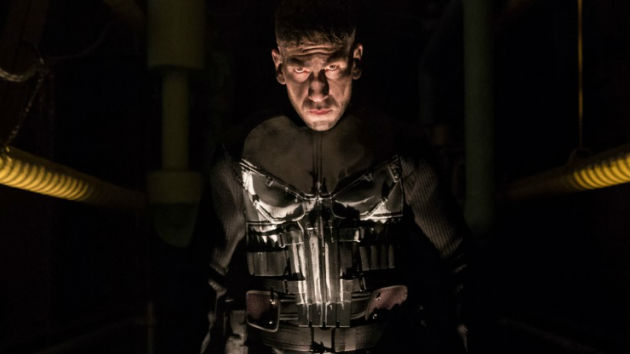 Netflix(NEW YORK) — On January 18, Frank Castle will get back to work cleaning up the streets of New York City in Netflix's The Punisher: Season 2.

The streaming service released via Twitter on Thursday a sneak peek at the new season that shows Jon Bernthal's vigilante character and his comic nemesis Jigsaw.

For those who haven't watched season one, be warned: spoilers follow.

Jigsaw is the alter-ego assumed by Castle's former best friend and Marines squadmate Billy Russo, played by Ben Barnes, who betrayed Frank and caused the murder of his family.

At the climax of the first season, Castle, in return, scarred the formerly handsome character by giving him what might best be described as a shattered mirror facial.

But unlike the Jigsaw in the pages of Marvel Comics, the Netflix series' character wears what appears to be a painted porcelain mask, and much of the scarring is emotional.

"It's like a bomb went off inside my mind, scattering all the pieces," he says.

With the camera spinning around both men in the moody preview, a rifle-toting Punisher gets down to business, saying, "You need to let me be what I'm meant to be: I'm not the one who dies. I'm the one who does the killing."

‘Love, Victor’ stars Michael Cimino and George Sear on show’s “evolution” in season two
Jessica Biel hits back at critic who says she can’t “believably” be cast in a period piece
Ahead of its second-season premiere, Jason Momoa’s ‘See’ gets third season renewal on Apple TV+
Lake Mead hits lowest water levels in history amid severe drought in the West
Report: LeBron James to go from No. 23 to No. 6 next season
Hunting licenses go on sale on Monday, June 14