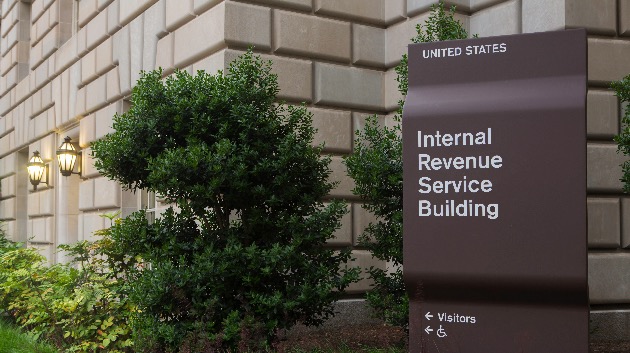 Skyhobo/iStock(WASHINGTON) — "Welcome to the IRS. Live telephone assistance is not available at this time. Normal operations will resume as soon as possible."
This is the message anyone calling to ask about tax matters heard after dialing the Internal Revenue Service this week.
The IRS has sent close to 90 percent of its workforce home without pay due to the government's partial shutdown, according to a contingency plan published by the agency in December.
IRS offices are closed, tax questions are not being answered, and refunds to early-filers this year might not be issued on time if the shutdown drags on, financial experts say.
"It's a huge deal," said James Gundersdorff, an accountant in Durham, N.C. told ABC affiliate WTVD. "A lot of people do have a lot of money sitting on the table and they will not get that money any time soon."
Though an existing IRS contingency plan laid out how the agency would run during a shutdown through December 31, that plan has since expired – just before tax season officially started.
The IRS said it expects to soon update that contingency plan which originally called for agency officials to meet throughout the course of the shutdown to determine if employees need to be brought back to work, without pay, to keep up with some of these functions.
The IRS directed ABC News to the lapsed contingency plan in response to further questions. Calls to the Treasury Department went unanswered.
In the meantime, some IRS employees are still working to implement the Republican tax plan, the Tax Cuts and Jobs Act, which contained its own funding for two fiscal years.
And, more broadly, the remaining 12.5 percent of IRS employees still working are mostly those classified as serving "in the protection of life and property." These are personnel who keep computer systems running, protect federal property, conduct criminal investigations, and take care of other essential tasks.
"Relevant authority has established that tax revenues constitute Government property which the Service must safeguard during a lapse in appropriations," according to the IRS.
This means that adding to the activities above, the agency will continue collecting taxes throughout the shutdown.
All of this is creating headaches for taxpayers, businesses and their accountants with questions about how the new tax law might affect them.
"This filing season was always going to be challenging," Kyle Pomerleau, an economist at the Tax Foundation, an independent tax policy nonprofit, told ABC affiliate WFTS. "The IRS was still figuring that out. Individuals were still figuring that out even with the full funding."
Copyright © 2019, ABC Radio. All rights reserved.

Merck signs $1.2 billion deal with US government for experimental COVID treatment
News outlets, British government site and more hit by widespread outage
Washington’s largest county bans government use of facial recognition software
Puerto Rican families devastated by gender-based killings upset by government response
The IRS says 88% of families will receive a bigger child tax credit. How much will you get?
Man loses $4,000 to gift card scam after threat of arrest