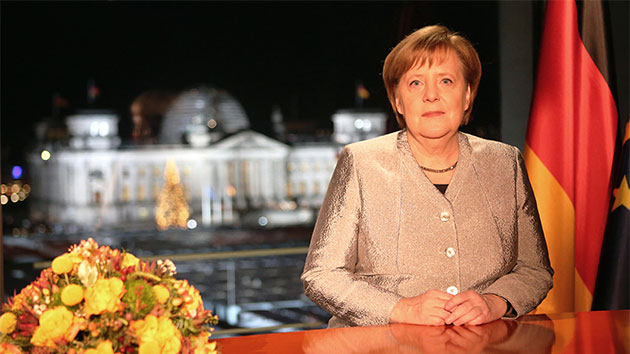 Mika Schmidt – Pool/Getty Images(BERLIN) — German politicians, including Chancellor Angela Merkel, have become the victims of a mass cyberattack after hundreds of documents containing personal information were leaked to Twitter.

On Friday, German journalist Michael Götschenberg reported that members of all of Germany's political parties, except for those from the far-right group AfD, had been the victims of a mass cyberattack a few days before Christmas, when a Twitter account leaked hundreds of data online.

“The people behind this want to damage confidence in our democracy and its institutions,” the country's Justice Minister Katarina Barley told ABC News in a statement.

“The perpetrators must now be identified quickly and their potential political motives made clear,” said Barley, adding that the attack was serious.

Among the documents leaked are photo ID cards, letters, invoices, debit and credit card information, phone numbers and addresses. No “politically explosive” documents were published but the damage could come from the number of documents published online, according to Götschenberg.

Among the affected are hundreds of politicians from the left-wing party Die Linke, a spokesperson of the party confirmed to ABC News.

“We strongly condemn this criminal act. We are in close contact with the security authorities,” the spokesperson said.

The documents were first leaked a few days before Christmas by a Twitter account with more than 16,000 followers but they went mostly unnoticed until Thursday evening

It remains unclear who is behind the mass hack attack.

The German Federal Office for Information Security (BSI) wrote on Twitter that they are “currently intensively examining the case in close cooperation with other federal authorities. The National Cyber Defense Center has taken over central coordination.”