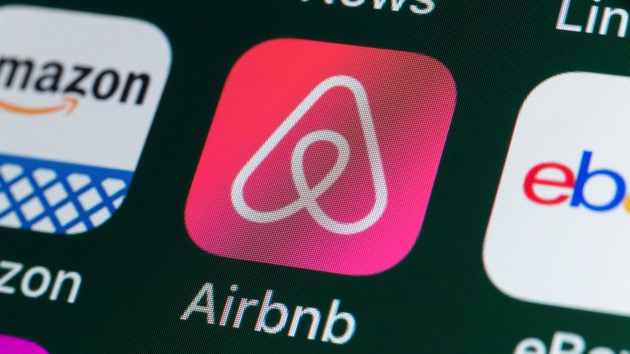 stockcam/iStock(NEW YORK) — A federal judge in New York issued a preliminary injunction Thursday against New York City’s ongoing crackdown on Airbnb, a victory for privacy rights in e-commerce but a blow to the city’s effort to combat what it says are illegal hotels.
Judge Paul Engelmayer ruled that requiring Airbnb and HomeAway, another short-term rental platform, “on a monthly basis to turn over voluminous data regarding customers who use their platforms to advertise short-term rentals” is likely a Fourth amendment violation.
A recently-passed New York City law, which had been set to take effect next month, would have forced Airbnb and other home-sharing platforms to disclose detailed information about hundreds of thousands of listings, including the name and address of the host.
“The scale of the production that the Ordinance compels each booking service to make is breathtaking,” Judge Engelmayer wrote in his decision. “The sheer volume of guest records implicated, and the Ordinance’s infinite time horizon all disfavor the Ordinance when evaluated for reasonableness under the Fourth Amendment.”
The city said its ordinance was needed because short-term rentals pose health and safety risks, reduce the availability of permanent housing by raising prices and adversely impact the character of residential neighborhoods.
Airbnb welcomed the ruling.
“The decision today is a huge win for Airbnb and its users, including the thousands of New Yorkers at risk of illegal surveillance who use Airbnb to help make ends meet,” Airbnb said in a statement. “The court today recognized the fundamental importance of New Yorkers’ constitutional rights to privacy and the sanctity of their own homes.”
Copyright © 2019, ABC Radio. All rights reserved.