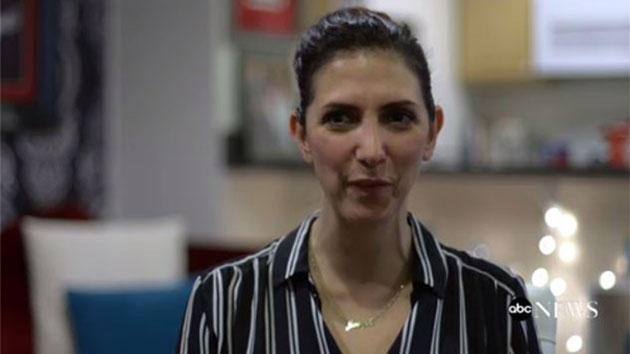 ABCNews.com(NEW YORK) — Yillah Rosenfeld says she and her boyfriend have enough savings to cover the next month of rent, but they're not sure what they'll do after that if the partial government shutdown continues.

Rosenfeld is a contractor that does graphic and web design for the U.S. Agency for International Development (USAID). She said she was supposed to tele-work the Monday before Christmas, but was told the weekend before that she couldn't because of the shutdown.

"It's been stressful, financially first of all, [and] right before Christmas this happens," she told ABC News. "It's almost like if you knew this was coming we could have planned for a more frugal Christmas. But granted we didn't know so those credit card bills are going to start rolling in from all those Christmas gifts and its going to be a big wallop."

Rosenfeld lives with her boyfriend in Washington D.C. She said she did get paid for her work before the shutdown — so the couple were able to pay January's rent and have enough saved for next month, but she isn't sure what they'll do about rent and student loan payments if she can't go back to work soon. She said she's hoping they don't have to go to the landlord and ask for an extension.

After working as an artist, Rosenfeld said she went to school for her master's degree in peace operations and thought that USAID would be a stable job, but is now looking for other jobs.

"I don't think anyone's paying attention to the plight of the contractors," she continued. "I know that direct hires are getting a lot of attention and, you know, it is not a good place for them to be either but they will be paid eventually. I won't. So I feel extremely let down by the people in charge that this is suddenly my burden to bear."