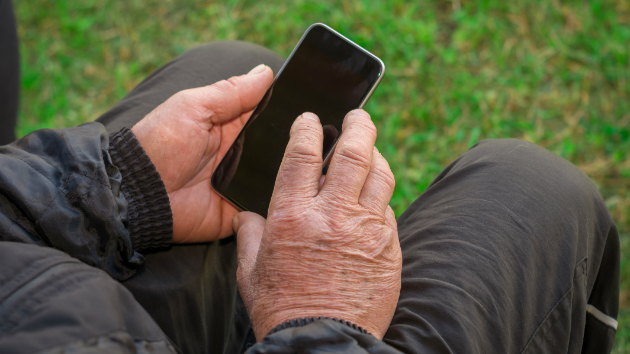 Thiago Santos/iStock(SEOUL, South Korea) — South Korea, one of the world's fastest-aging countries, is investing in teaching older people how to use social media as they are increasingly looking to social media to find new ways to communicate and reinvigorate their lives.

“It is difficult to maintain your workplace as you get old. It is even more difficult to make friends and communicate. The internet broadcast can serve as a way to overcome these difficulties,” Jen Young-Soo, 78, told ABC News.
He has been live-streaming his life and answering questions from viewers on Korean social media platform Afreeca TV since his retirement in 2006.

South Korea struggles with one of the lowest fertility rates in the world. In 2016, there was an average of 1.2 children per woman between the ages of 15 and 49, according to the Organization for Economic Cooperation and Development. A fertility rate of 2.1 children per woman “will produce a stable population,” according to the organization.
With 13.8 percent of the current South Korean population over 65, the country is grappling with its aging society. Classes teaching seniors how to use smartphones have become hugely popular, and smartphone-use rates among the elderly are outpacing younger age brackets, according to a Gallup poll.
Many of the elderly attend social media classes sponsored by local governments, and South Korean telecommunication service providers, like SK Telecom and KT, also offer smartphone classes. In 2018, more than 70 percent of people aged 60 or older used smartphones, according to Gallup Korea, a private research organization.
“For senior citizens, smartphones are more than just devices,” Chang Yun-hyoung, who works with KT’s internet classes, told ABC News.

In cooperation with local governments, KT provides eight to 16 classes a month across the country, teaching the elderly how to use smartphones and social networking services.

“We encourage social participation among the elders through smartphones. We see them interact, communicate and reconnect with their friends after the class — they seem to have discovered joy in life again,” Chang added.
Chan-jae Lee and Marina Ahn, both 77, are a South Korean couple who have gained 350,000 Instagram followers by posting pictures and stories for their three grandchildren. They said they spend about one-fifth of their day drawing pictures and thinking what to post.

“My life would have been mundane if I had not started Instagram,” said Lee.
Lee and Ahn learned how to use Instagram from their son and daughter.

“It is hard to learn new things when you are old — so, you have to constantly repeat yourself,” Lee told ABC News.

The couple said Instagram has now become a source of vitality in their lives, not to mention a way to learn about the K-pop stars who their children love.

“All the words of encouragements from the followers keep us energetic while being attentive to the things that we were unaware of,” said Ahn.
Copyright © 2019, ABC Radio. All rights reserved.