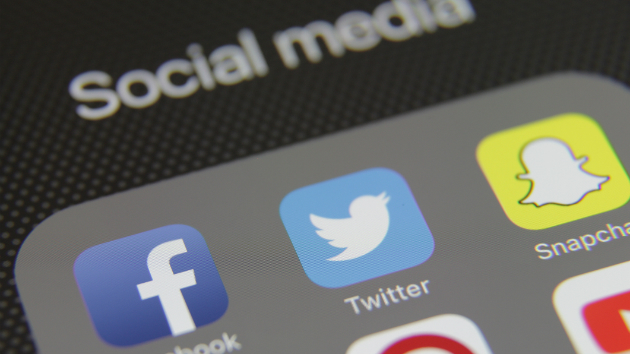 alexsl/iStock(NEW YORK) — Sharenting: the act of over-posting about your children's lives on social media.
If you think the biggest risk you run by sharenting is annoying your friends, think again. The danger of posting certain types of photos is very real. Add commonly used hashtags that might seem innocent to you but are searchable by a child predator and the danger is compounded.
In a list curated by Child Rescue Coalition and sent to ABC News' Good Morning America, more than 100 hashtags were listed as best avoided by parents as part of the @kidsforprivacy campaign that launched in 2018.
Child Rescue Coalition is an organization that aims to protect all children from sexual exploitation. One way they do that is through the Child Protection System (CPS) — "technology that provides the most comprehensive view of where child predators around the world are downloading and sharing explicit content online — leading to direct action," according to the website.
It's chief executive officer (CEO) and founder, Carly Yoost, said the campaign was "extremely successful." One of the biggest takeaways for parents, she said, was simply learning to adjust their privacy settings on social media platforms. A step-by-step guide can be found here.
Among the list of hashtags, Yoost said #nakedchild and #modelingchild were especially dangerous.
But would you ever give a second thought to #bathtimefun, #toddlerbikini or #skinnybabybooty? Maybe not. Yet those are on the list as well.
"To a normal person and normal friends photos picture on the beach that's cute to us cute to us might be seen very differently by predators," Yoost told GMA.

Child predators not only use the Internet to distribute pornography, but also to stalk children, share information, and trade tips and techniques on how to seduce and lure them into sexual encounters.
And not all are obvious. Yoost listed police officers, pediatric oncologists and other respected community member types as known to have been charged with possession of child pornography in the past.
"We feel we know people on our social media and only accept people we know and trust," Yoost said.
But just because you know a person doesn't mean they are not a child predator, she said.
Child Rescue Coalition recommends that parents ask themselves the following questions before posting an image of their child:
1. Why am I sharing this?
2. Would I want someone else to share an image like this of me?
3. Would I want this image of my child viewed and downloaded by predators on the Dark Web?
4. Is this something I want to be part of my child’s digital life?
"The point is not to scare parents from sharing photos of their kids on social media," Yoost said. "It's to help them do it in a safe way."
Copyright © 2019, ABC Radio. All rights reserved.