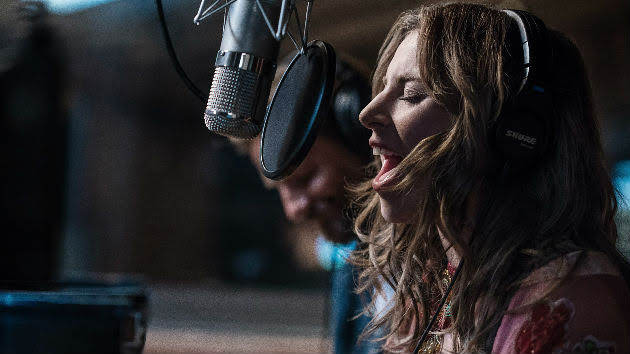 Peter Lindbergh(LOS ANGELES) — The first big event of the award season is Sunday night, and at least one online betting site is putting their money on Lady Gaga to take home the gold.

According to ET Canada, the betting side Bovada says Gaga is the odds-on favorite — at 2/5 — to take home the Best Actress in a Drama award at the Golden Globes. The site gives the next best odds to Glenn Close for her role in the movie The Wife, but those odds are only 11/4.

The site SportsBettingDime has looked at other sites offering Golden Globe odds, and says that in addition to Bovada, BetOnline also has Gaga, Cooper and A Star Is Born as heavy favorites.

Gaga is also nominated for Best Original Song from a Motion Picture at the Globes for her Star Is Born song "Shallow." The Globes will be handed out live on NBC Sunday night at 8 p.m. ET/PT.

So far, Gaga has been named Best Actress by the National Board of Review, as well as by a number of film critics' associations awards. After the Globes, the next show to look at is the Screen Actors Guild Awards on January 27. Gaga's nominated there as well, and the SAG Awards are often a good indicator of future success at the Oscars.

Meanwhile, in addition to her acting, Gaga's also received rave reviews for her new Las Vegas show Enigma, which debuted last Friday. Her next performance there is January 17.