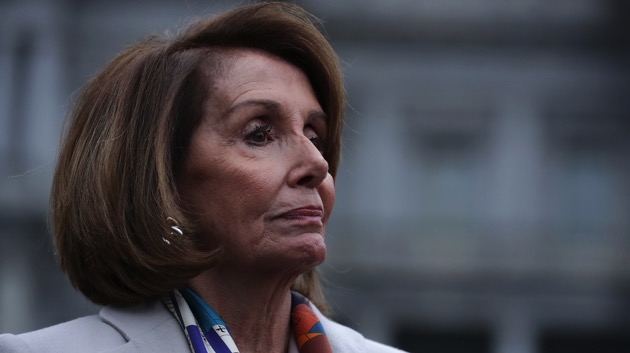 Chip Somodevilla/Getty Images(WASHINGTON) — With Democrats taking control of the House of Representatives as the 116th Congress convenes Thursday, incoming Speaker Nancy Pelosi is leaving the door open to the possible impeachment and even indictment of President Donald Trump.
"Many Democrats are talking about impeachment. You've said it would be sad and divisive for the country to pursue impeachment. Are you willing to rule it out?" NBC Today anchor Savannah Guthrie asked in an interview with Pelosi that aired Thursday morning.
"We have to wait and see what happens with the Mueller report," Pelosi said, referring to special counsel Robert Mueller's investigation. "We shouldn't be impeaching for a political reason, and we shouldn't avoid impeachment for a political reason. So we'll just have to see how it comes," Pelosi responded.
In the past Pelosi has been more conclusive, saying over the summer that impeachment was "off the table" and there's not enough to "focus on that." But Pelosi has also repeatedly said whether to pursue impeachment shouldn't be decided on or ruled out based on "political reasons."
Guthrie also asked Pelosi if she believes a sitting president can be indicted. Justice Department lawyers have long held the position that they don't have the authority to indict a sitting president, though special counsel Mueller has other avenues for action, such as issuing a report on his findings and turning that over to Congress.
"I think that that is an open discussion. I think that is an open discussion in terms of the law,” Pelosi said. She said she doesn't think the guidelines are "conclusive," adding, "Let's just see what Mueller does."
The president submitted answers to written questions from Mueller's office in late November.
Copyright © 2019, ABC Radio. All rights reserved.