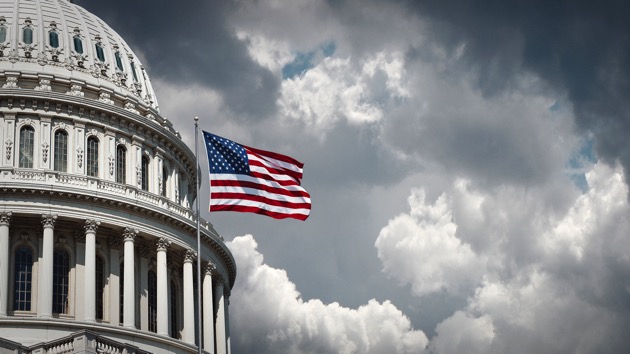 narvikk/iStock(WASHINGTON) — Their names have circulated for months, but most hit the headlines on Election Day 2018.
That's when American voters ushered in a new class of lawmakers who are changing the face of the House of Representatives to become more female and more racially diverse than ever.
The historic change happens when they are sworn in Thursday afternoon as members of the 116th Congress.
For Rep.-elect Ilhan Omar, poised to be the first Somali-American in Congress, the history-making began when she touched down at a Washington airport Wednesday night with her father. The airport wasn't new to her family — in fact, they'd been there at a pivotal point in their lives — but Wednesday's reason surely was.
"23 years ago, from a refugee camp in Kenya, my father and I arrived at an airport in Washington DC," Ilhan wrote on Twitter Wednesday night. "Today, we return to that same airport on the eve of my swearing in as the first Somali-American in Congress."
Omar, who will represent Minnesota's 5th Congressional District, and fellow Democrat Rep.-elect Rashida Tlaib, who will represent Michigan's 13th Congressional District, will be the first Muslim women to serve in Congress.
A recent photo by famed portrait photographer Martin Schoeller has circulated their social media feeds and others, lighting up the internet because of all the firsts in one frame: Reps.-elect Alexandria Ocasio-Cortez, the youngest woman ever elected to Congress at 29; Ayanna Pressley, the first black woman to be elected to Congress from Massachusetts; Omar, Deb Haaland and Sharice Davids, the first two Native American women elected to Congress; and Veronica Escobar, one of the first two Latina women ever elected to Congress from Texas.
"They ain't ready," tweeted Omar with the photo. "Si, se puede," Ocasio-Cortez, who goes by just "@AOC" on Twitter, tweeted out to her fierce following.
New senators were sworn in Thursday at noon. Members of the House of Representatives will be sworn in on the House floor at 2:30 p.m.
Copyright © 2019, ABC Radio. All rights reserved.