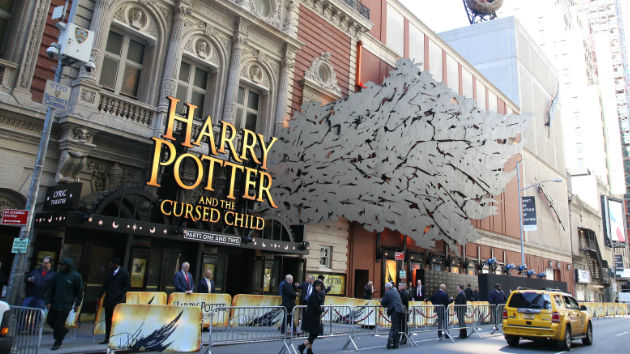 Photo by Walter McBride/WireImage
Posted on January 3, 2019 by ABC News

Photo by Walter McBride/WireImage(NEW YORK) — Broadway rang in 2019 with a record-breaking week, led by Harry Potter and the Cursed Child and The West Wing creator Aaron Sorkin's adaptation of To Kill a Mockingbird.

The two-part Harry Potter and the Cursed Child set a new Broadway record for weekly ticket sales for a play, grossing $2,525,850 for the week ending December 30, 2018. That also tops its own record of $2,338,315, set over the Thanksgiving weekend.

The play — the eighth story in the Harry Potter series and the first official Harry Potter story adapted for the stage — picked up six Tony Awards last year, including Best Play.

Meanwhile, To Kill a Mockingbird has become the highest-grossing American play in Broadway history, taking in $1,701,683, over the same period. The drama, based on Harper Lee's classic 1960 novel and starring Jeff Daniels as Atticus Finch, has raked in a whopping $11.3 million over its first nine sold-out weeks, with advance sales reportedly at $22 million, according to The Hollywood Reporter.

Overall, 28 of the 39 productions currently running on Broadway topped the $1 million mark last week, according to the industry trade. Those include The Phantom of the Opera, Dear Evan Hansen, The Band's Visit, Beautiful: The Carole King Musical, and Waitress.