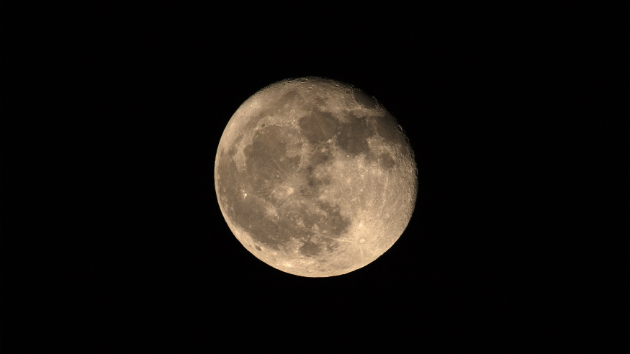 zhuyufang/iStock(HONG KONG) — China’s ambitious space program made history on Thursday when its Chang’e-4 lunar probe made the first-ever landing on the far side of the moon — the side perpetually facing away from Earth — and sent back the first images of the previously unexplored region.
The pioneering achievement is another demonstration of China’s ambitions to be a space power. The country aims to land a crewed flight on the moon in the coming decade.
China’s CCTV confirmed the news in a brief bulletin during its noon newscast, after a morning of rumors, saying that Chang’e-4, named after a Chinese moon goddess, touched down at 10:26 a.m. Beijing time.
Chang’e-4 took off from southwestern China’s Xichang Satellite Launch Center on Dec. 8 and landed in the 110-mile wide Von Kármán crater Thursday after traveling through space for 26 days.
A 300-pound rover will be launched from the landing craft to investigate the composition and structure of the terrain. The Von Kármán crater is one of the oldest and deepest impact craters on the surface of the moon and scientists are expecting to find clues about the formation of the moon and possibly our solar system.
Chang’e-4 also brought to the lunar surface the first mini-greenhouse to test whether — and how well — plants like potato and thale cress and organisms like silkworms will grow on the moon.
Since the earliest days of lunar exploration, communication back to Earth was always the challenge on the far side of the moon. It was so much of an issue that it was commonly referred to as the "dark side of the moon" even though sunlight does reach it.
In preparation for the mission, China launched a relay satellite in May that allowed scientists to maintain control of the probe and land on the surface.
China’s next lunar mission, with the Chang’e-5, is expected to launch next year and bring back lunar samples for the first time since 1976.
It's been an eventful first few days of 2019 for space travel, as NASA's New Horizons spacecraft completed a flyby of Ultima Thule, the farthest object to ever be explored in our solar system, on Tuesday.