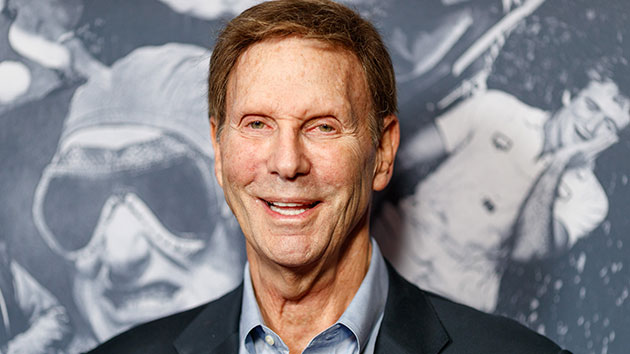 Christopher Polk/Getty Images(LOS ANGELES) — Bob Einstein, the gravelly-voiced comic, actor and writer who had a recurring role on HBO's Curb Your Enthusiasm, and as the bumbling daredevil Super Dave Osborne, died Wednesday in Indian Wells, California at age 76.

"R.I.P. My dear brother Bob Einstein," wrote Brooks. "A great brother, father and husband. A brilliantly funny man. You will be missed forever."

Einstein most recently played Larry David's the short-tempered neighbor Marty Funkhouser on Curb Your Enthusiasm, appearing in nearly two dozen episodes of the show since its launch in 2004. Deadline reports He was scheduled to appear in the series' upcoming 10th season but was to ill, having recently been diagnosed with cancer.

“Never have I seen an actor enjoy a role the way Bob did playing Marty Funkhouser on Curb," David said in a statement Wednesday. "It was an amazing, unforgettable experience knowing and working with him. There was no one like him, as he told us again and again. We’re all in a state of shock.”

Born Stewart Robert Einstein, was a multiple Emmy-winning writer, sharing his first in 1969 with Steve Martin and other members of the famed writing staff of The Smothers Brothers Comedy Hour, where be first demonstrated his talent for deadpan comedy as the recurring character Officer Judy.

But Einstein enjoyed his greatest celebrity in the 1980s and 90s as the dim-witted daredevil Super Dave Osborne. He guested on talk and variety shows as the character, including on the sketch comedy series Bizarre from 1979-85, the self-titled Super Dave from 1987-91 on Showtime, and most recently in 2009 on Super Dave’s Spike-Tacular on the Paramount Network.