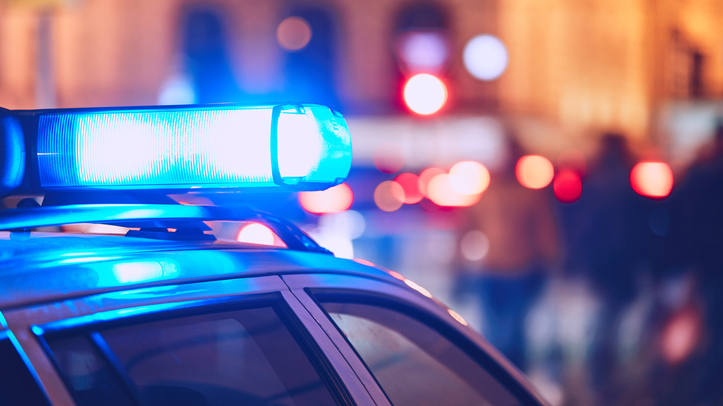 Chalabala/iStock(MILWAUKEE) — Three people are dead, including a mother and her young daughter, after an SUV fleeing police plunged into an icy river in Wisconsin on New Year's Eve.
Officers from the Milwaukee Police Department began chasing a black Chevrolet Trailblazer Monday after it matched the description of two armed burglaries that occurred earlier that evening, authorities said.
Around 7 p.m., a victim reported that three suspects — two men and a woman — approached him as he was checking the fluids under his vehicle on West Greenfield Avenue in Milwaukee, demanding money at gunpoint, Milwaukee Police Department Capt. William Beauchene told reporters Wednesday. One of the suspects then struck the victim in the face and took his phone before the three suspects got back into the SUV and left, Beauchene said.
The second incident occurred about 25 minutes later on nearby South 23rd Street, Beauchene said, when officers responded to calls from ShotSpotter, a technology that detects and alerts authorities to gunfire.
The two victims told police that the suspects, one of them brandishing a semiautomatic pistol, demanded valuables at gunpoint, Beauchene said. A good Samaritan who witnessed one of the suspects push a victim to the ground and kick him in the head multiple times then intervened, chasing them on foot with a machete, Beauchene said.
During the chase, one of the suspects turned around and began firing several shots at the witness, but no one was struck by gunfire, Beauchene said.
Police determined that the incidents were related due to the proximity and the descriptions of the suspects and vehicle and put out a description of the Trailblazer to all police officers in the city, Beauchene said.
Just after 8:30 p.m., officers spotted the SUV around South 17th Street and West Greenfield Avenue and began a pursuit, Beauchene said. The driver of the Trailblazer refused to stop, traveling at a high speed, swerving into oncoming traffic and disregarding traffic signals, said Milwaukee Police Capt. Alex Ramirez.
The SUV then continued past East Greenfield Avenue before crashing into the Kinnickinnic River. It became submerged and immediately sunk to the bottom, Beauchene said. Police did not know a woman and child were in the car during the chase, Ramirez said.
Members of the Milwaukee Fire Department dive team responded before locating and recovering the body of 19-year-old Shannan Nehmer inside the vehicle, Beauchene said. Measures to save Nehmer's life were unsuccessful and she was pronounced dead on the scene, Beauchene said.
Attempts to then recover the vehicle from the river that were not successful, and the search was then delayed to the next day, Beauchene said, adding that visibility for the divers was only about 1 to 2 feet.
During the rescue attempt, one of the divers became entangled in debris after he located Nehmer and was "dazed and confused" once he was free, but never let go of Nehmer's body, Milwaukee Fire Department Chief Kevin Hafemann told reporters.
"It takes a special individual to do that," Hafemann said.
In addition, the near-freezing temperatures caused the equipment to malfunction, Hafemann said.
On Tuesday, dive team was able to recover the vehicle, submerged about 30 feet deep in the river, Beauchene said.
Inside the SUV, emergency workers discovered the bodies of 29-year-old Charles Bearfield and Nehmer's 2-year-old daughter, Annamelia Hernandez, Beauchene said. A firearm matching the description of the one used in the robberies was also found inside the vehicle, Beauchene said.
Surveillance video showing the chase shows the SUV traveling eastbound on West Greenfield Avenue over railroad tracks, followed shortly by multiple police cars. Police estimate that the vehicle was driving at 85 to 100 mph as it went from West to East Greenfield Avenue, Ramirez said.
It is unclear who was driving the car at the time of the crash, said Milwaukee Police Assistant Chief Steve Caballero. Police believe the toddler was in the car during the robberies based on information given to investigators by a friend of Nehmer's, who had spoken to her 30 minutes before the police pursuit began, Caballero said.
Investigators believe Nehmer and Bearfield were involved in the earlier robberies, Beauchene said. A third suspect, believed to have taken part in the robberies but was not involved in the police chase, has been arrested, Beauchene said. Police plan to present a case to prosecutors against the third suspect but did not release his identity.
Caballero issued a reminder that fleeing police is a felony and poses a danger to those involved as well as the public.
"They are risking their lives and they are risking the lives of other motorists," Caballero said. "…So, please understand that our policy is to chase, especially when people do violent felonies."