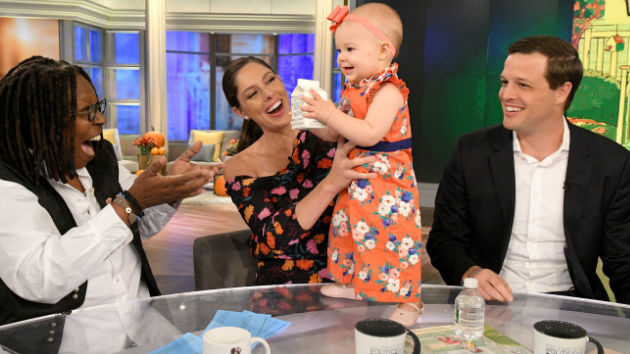 ABC/Lorenzo Bevilaqua(NEW YORK) — The View co-host Abby Huntsman announced Wednesday that she is pregnant — with twins.
She made the announcement in an exclusive interview with People magazine — but the 32-year-old confirmed the happy news in the opening minutes of Wednesday's installment of The View. "It's a girl…and a boy," she said to applause.
Huntsman and her husband Jeffrey Livingston have a 13-month-old daughter, Isabel Grace. Huntsman revealed Livingston actually passed out at the doctor's office when he learned they were having two babies — and she also asked for viewers with twins to send her advice about dealing with doubles.
Hunstman first joined The View lineup alongside Whoopi Goldberg, Sunny Hostin, Joy Behar, and Meghan McCain in September 2018. Abby's father Jon, a former governor of Utah, is the current Ambassador of the United States to Russia.